Kiev: The Capital City of Ukraine 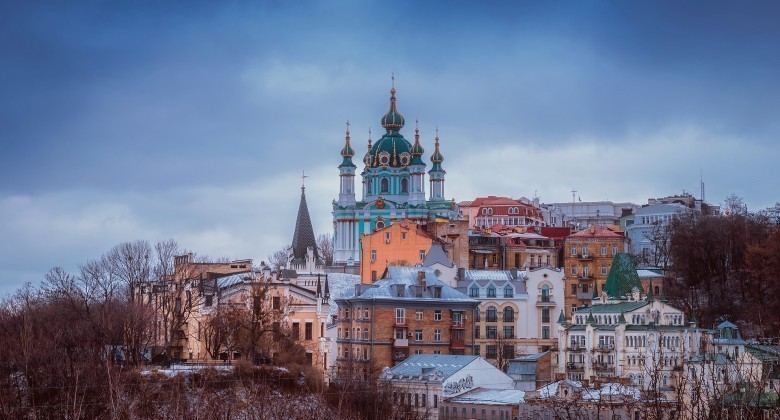 Kiev is not only the largest city in Ukraine; it is also the capital city. Situated on the Dnieper River in the central part of the country, the city has a population of more than 2.5 million people, and it attracts over 1 million visitors every year. It is one of the most important industrial and cultural centers in Eastern Europe, and it is offers a perfect blend of modernity and historical charm.

It is believed that the city of Kiev was founded in the 5th or 6th century, but the exact date is unknown. It was initially a Slavic settlement, and it gradually became the most important city of the East Slavic civilization. It reached its golden age between the 10th and 12th centuries, but it went into decline after it was completely destroyed by the Mongols in 1240. In the next few centuries, the city became a provincial capital in the outskirts of territories ruled by its powerful neighbors, namely, Lithuania, Poland, and Russia.

Kiev flourished again in the late 19th century when the Russian industrial revolution was underway. Following the revolution, the city was caught in the middle of a number of conflicts, and it became the capital city of a few transient Ukrainian states. It fell under the control of Soviet Russia in 1921, and it became the capital city of Soviet Ukraine in 1934. Kiev was almost completely destroyed during World War II, but it managed to recover quickly to become the third most important Soviet city. Ukraine gained independence after the dissolution of the Soviet Union in 1991, and Kiev has been the Ukrainian capital ever since.

Kiev as a Travel Destination

Kiev is fast becoming a favorite travel destination in Europe, especially for those who wish to travel off the beaten track. It boasts many interesting attractions and a vibrant nightlife, and it has all the modern conveniences to make your vacation a most pleasant experience. Whether you want to learn about Ukrainian history and culture, shop for interesting items, do some nature bonding, or enjoy great food, you can rest assured that you will find a place in the city that will impress you. Here are the most popular attractions in the Ukrainian capital:

The Golden Gates of Kiev is an ancient fortification that was built by the Grand Prince of Kiev, Yaroslav the Wise, in the 11th century. Presently, it houses a small museum and a tourist information center, and it offers spectacular views of the city. Also known as the Caves Monastery, the Pechersk Lavra is considered the top tourist attraction in Kiev. The monastery is divided into two sections, the Upper and Lower Lavra. In the Upper Lavra, you will find a number of museums and churches, including the Museum of Historical Treasures, Museum of Micro-Miniatures, and the Great Bell Tower. The Lower Lavra consists of caves and narrow passages, where you can see the mummies of monks who lived there in the past.

Constructed in the 11th century, St. Sophia’s Cathedral is one of the most impressive buildings in Kiev. It has 13 golden domes and beautiful ancient frescoes and mosaics, and it houses the tomb of Yaroslav the Wise, its founder.

This museum relates the story of the greatest nuclear accident in the history of the world, the Chernobyl nuclear disaster. It features a huge collection of artifacts, documents, photographs, maps and scale models that provide an interesting insight into the disaster.

In just two days, German troops murdered close to 34,000 Jews in Babi Yar, making it the site of the largest single Holocaust massacre. There are a number of memorials in Babi Yar to commemorate the Jews and Soviet citizens who died during the war.

Measuring about 1.5 km long, Khreschatyk is most famous street in Kiev. On weekends and public holidays, it will come alive with street musicians and performers. The most popular meeting place in the city, Independence Square, is located at the northern end of the street. At the southern end, there is a colorful indoor market called Bessarabsky Market, which offers an extensive selection of fresh produce.

Andrew’s Descent is one of the oldest streets in Kiev, and it is the best place to shop for artworks. It is lined with art galleries and souvenir stalls selling a wide variety of merchandise, ranging from Matryoshka dolls to Soviet paraphernalia. Some of the well-known attractions that can be found along the street include St. Andrew’s Church, Museum of One Street, and Bulgakov Museum.

St. Michael’s Golden-Domed Monastery was originally constructed in the 12th century, but it was destroyedby the Russians in the 1930s. It was rebuilt and reopened to the public in 1999. Its notable features include a beautiful sky blue exterior, seven golden domes, and a splendid bell tower entrance.

The Gorodetsky House is also known as the House of Chimeras, and it is one of the strangest looking buildings in the city. It was constructed in the early 20th century, and it is features ornate decorations depicting a wide range of exotic animals, such as rhinoceroses, elephants, and dolphins.

Situated along the banks of the Dnieper River, Mariyinsky Park is an excellent place to take a break from the hustle and bustle of city life. This beautiful park is home to the magnificent Mariyinsky Palace, the official residence of the Ukrainian president, and it has a bandstand for hosting outdoor concerts during summer.

Kiev is an affluent city that offers an extensive variety of accommodation options, ranging from luxury hotels to apartments. Some of the recommended hotels and apartments in the city are the Cosmopolite, Intercontinental, Riviera on Podol, Podol Plaza, Opera, Bakkara-Art Hotel, Ukraine, Hyatt Regency Kyiv, and Senator Apartments City Center. The city also has a good public transportation system, and it is relatively easy for you to get around, even if you do not speak the local language. Transportation options that are available include buses, taxis, metro, and streetcars. 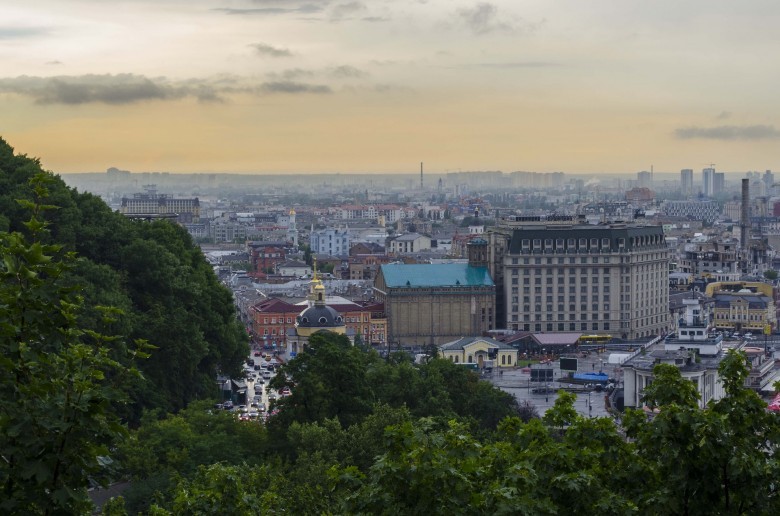