Correct Diesel Tuning, all you need to know to get improved power and economy from your diesel. 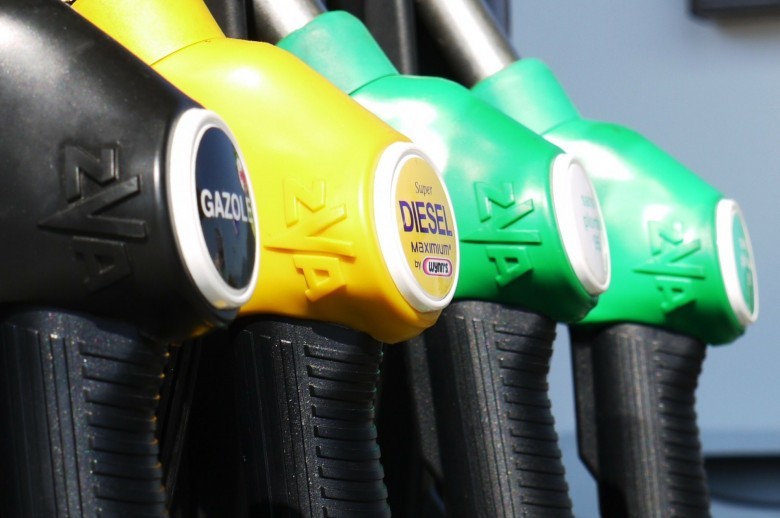 Diesel tuning is more important than we think. Lets get down to the basics.

Diesel is distilled crude oil (Distillate). Unlike what most 'Hollywood' movies promote of a diesel truck hitting a wall and exploding like a small nuclear bomb, oil does not readily ignite, particularly a liquid form. If we atomise it though, it will burn readily.

The diesel principle relies on air being compressed to approx. 500PSI. This in turn heats the air, turning it into the igniter (diesels don't have igniters such as spark plugs). Heard of a glow plug? Glow plug only glow on cold start-up to help warm up the air in the combustion chamber. A bit like when you are pumping up a push bike tyre, the pump gets warm.

Ok, so you now have very hot air and you inject diesel in through an atomising injector. As soon as the diesel leaves the injector and enters the extremely hot air the diesel ignites and combustion begins. Put a poor atomising injector in the picture and you have a different story. Because it is not atomising the diesel enough, the fuel volume burns erratically and slowly as the flame burns through the large droplets of oily fuel.

If you were to light up a drum of oil, you would see a similar effect of slow burning and smoke. You can imagine that by now the timing of the combustion process is also upset. Add lower injector pressure than normal, due to age, and you have the timing of the fuel ignition point changing even more (injector opening too early).

The injectors doing this alone can make a diesel smoky and sluggish. On a cold morning, the combustion is even further retarded due to cold cylinders and cool combustion and you also get hard starting.

This scenario changes completely with correctly set up injectors. Remember the drum of oil? Well, if you could fill the drum with a misty vapour of oil and light it up, you would not only get a large bang but it would be over within a flash. A good injector sprays fuel out as a mist and the fuel burns rapidly and relatively clean as the droplets are so small that they burn with a puff! A correctly set injector pressure also means the fuel is being injected at the correct time.

Now, the injectors are perfect but the injection pump could be slightly out of tune. Timing has to be set. If it is too early the vehicle can smoke and become quite 'diesel noisy' and if it is too late, the vehicle can feel sluggish. Imagine the spray of fuel as a fist about to hit the piston.

If it is hit too far before top dead centre it would not only hurt your fist and the piston but it would make a louder than normal bang as the two things hit head on. If the piston had gone past top dead centre and was hit, the force of the hit would be going down with the piston so you would have too littleimpact on it.

So you can see why timing is critical for maximum hit effect! Other things need to be checked like the fuel volume delivered by the pump. Too much is power but with smoke, too little is low power with absolutely NO smoke and just right is in the middle of smoke and no smoke! There are a few more complex settings on the pump that are checked and adjusted but these are the main ones.

Well, there are 6 injectors supplying fuel to the engine (Imagining it being a 6 cylinder diesel). Looks like it has no problems getting fuel, but what about the important part that we forgot about, AIR? Well...it has to draw the air through a maze. Filter, pipes, inlet manifold and a tiny inlet valve. This has to happen in a split second and the piston going down has to do all the sucking. That's the governing part of a diesel engines performance.

Remember more fuel for more power is just more smoke! So we have to do something about the air to keep things clean. This is where a Turbo system comes into its' own with Diesel engines. With a huge amount of air now available due to the turbo supplying air right to the inlet valve, the piston only has to suck air from there.

Lets not forget that 1 cylinder has a suction stroke many times a second, so these fallacies of air being forced into the engine and blowing heads off with a turbo are only that! Now that we have more air, the fuel system can be set up according for more power. [WARNING- This is where the whole equation can come adrift with overheating etc. Things have to be set up by a professional and a professional that knows his JOB!]

One last note; the diesel system that is on all 4WD diesels was designed to run on a fuel with certain burning characteristics. We don't seem to be getting fuel in Australia meeting all these requirements.

We have new vehicles smoking that obviously are not designed to smoke when running on real diesel. So when setting up a fuel injection system for tuning we have to take the burning characteristics of this poor diesel into consideration.

Try to get your fuel from a reputable and 'known brand' garage and keep your receipts. If you have problems, you then have as much 'come-back' on the fuel garage as you have with a faulty product from a shop.

Footnote: The modern diesel has come a long way from its beginnings!! Well…so we are all lead to believe!! That's where it all stops. In fact about the only thing that could compare is reinventing the round wheel!! That's right. Nothing has really changed.

A diesel still needs fuel and air. Even though we now have trendy things like 'Common-rail High Pressure Injection and Electronics controlling everything, it is still the same old principle. The only major change appears to be the repair costs… as usual. Most 'high tech' injectors now cost over $2000 each and are 'throw away'. Most Injector pumps are becoming 'throw away' at around $6500. Where will it end??