How to take good care of your nose? 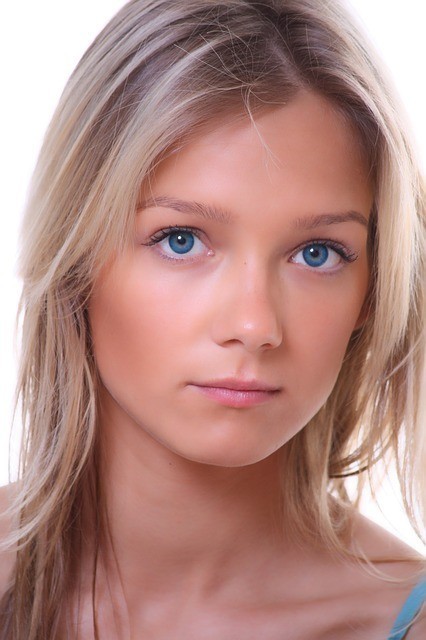 A patient once had asked to a doctor about what did he need to do to take good care of his nose. The doctor simply and straightforwardly replied to the patient that what was more important was what not to do to your nose. Bad habits such as nose-picking, sniffing, rubbing, blowing the noses hard or stuffing things such as tissue and handkerchiefs up to the nostril can do a lot of harm to your nose. Generally, nose will take good care by itself. Physiologically, when we breathe in air in our lung, nose will warm, clean and humidify it. When we breathe out the air from our lung, it will cool and remove the water from the air. Besides using for breathing, nose is also the organ of smell and allows us to speech with a quality voice. Anatomically, a layer of skin covers the external part of the nose. Appearance of the nose is maintained by a complex network of bone and cartilage. Its function and shape may be altered if its complex network of bone and cartilage has been damaged by either trauma or infection.

Internal part of the nose contains respiratory mucous membranes, paranasal sinuses, nasolacrimal duct and nasopharynx. Besides all these sinuses, internal part of the nose also contains gland that secreting mucous. Tiny-hair-like-cilia continuously pushes the secreted mucous backwards into the back of our nose and throat, in order that, mucus does not flow out from our nostrils. Septum is the partition in the middle part of the internal nose. It is a cartilage, which can be easily fractured. Some people septum has deviated after born and some deviation may due to the unperceived injury during childhood. This will cause blockage on one side of the nose. However, this deviation can be corrected by an operation.

Contents of mucus are merely a mixture of water, ions, glycoproteins and immunoglobulins. Mucus can be said as part of the nasal defense system and it keeps the nose clean and free from bacteria, fungus and viruses. At the roof of the nose, there is olfactory mucosa, which is responsible for our sense of smell. Located at the side and top of the nasal cavity are the air sacs paranasal sinuses. There are total four pairs of paranasal sinuses and given name as maxillary, ethmoid, frontal and sphenoid sinuses. This is where the mucous has been produced and being drained out through the openings called ostium. Infection that causes obstruction to this mucous outflow can lead to sinusitis. Conditions that directly and indirectly affect the nose are common colds, allergic rhinitis, sinusitis and nasal polyps.

Common cold is a very common disease that everybody can suffer at one time or another. It is caused by an infection of self-limiting viral. The symptoms are production of excessive clear mucous (runny nose), sneezing and nasal congestion. Seriousness of this disease is depending to how strong our immune system and also how vigorous the viruses that attack us. If we have a strong immune system, this disease will not exacerbate to sinusitis, asthma and Otitis Media with Effusion (OME). People with weak immune system will suffer a lot more. This is because it not only causes runny nose but also causes inflammation in the nasal passages and sore throat. If this disease does not treat within a few days for the one who does not have a strong immune system, it can exacerbate to sinusitis, asthma and Otitis Media with Effusion (OME). This disease can easily spread through body to body close contact especially hand to hand contact, sneezing mucous and saliva droplets. To recover from this disease, infected person only needs to keep warm, rest and take a lot of warm water. According to most of the resources, there is no cure for common cold. However, doctor usually prescribes antibiotic, anti-fever drug and anti-cough syrup to the patience. Most of the medical doctor will also include a few supplements such as vitamin C, zinc and Echinacea. Prescribed antibiotic by the doctor is not for treating the common cold virus. This is because antibiotic is not capable to kill virus. However, it can kill bacteria that take advantage during the infection of cold viruses.

Allergic rhinitis is also known as sensitive nose. Symptoms of this disease are continuous sneezing, nasal congestion and runny nose. The symptoms emerge only when one has been exposed to certain allergens such as house dust-mite, pollen, fungi, cigarette smoke, animal dandruff, furs and other irritating volatile chemicals. Sufferer can take anti-histamine tablets to relieve from this disease. Histamine is the main chemical that causes sensitive feeling in the nasal cavity. Nasal sprays contains corticosteroid hormone, which helps reduce our body immune system sensitivity to the foreign antigen, also can help to relieve the sensitive feeling in the nasal cavity. Corticosteroid is one of hormone that has been secreted from our adrenalin gland. Besides all these, immunotherapy is also one of the ways that can be used to treat this disease. These symptoms also can be alleviated by having regular exercise

Sinusitis is caused by the infection of the bacteria and fungi to the paranasal sinuses. This happens when bacteria and fungi entering these cavities. Occurrence of sinusitis is due to inflammation, nasal polyps and other nasal anatomical abnormalities that obstruct the mucosal outflow. Patient with sinusitis usually feels pain or pressure at the forehead or face. It is quite common that yellowish and greenish mucous will be discharged from your nostril especially in the morning. One with sinusitis, sense of smell will reduce or not that sharp compared to healthy nose. Sinusitis is due to the bacteria and fungi infection, so, antibiotics can help. However, prolonged and frequent sufferers may need to go through operation to clean up the nasal sinuses.

Author of "How to cure your incurable nasal allergy without using any synthetic drugs, herbs and expensive devices".