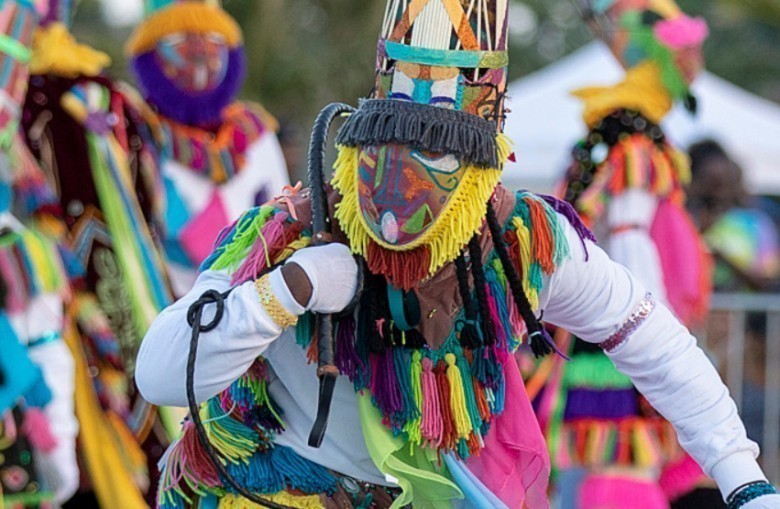 The iconic and historic symbol of Bermuda, combining the various and eye-popping colours, along with the art of complex masquerade, drumming and dancing make Gombey. A tradition or ritual that imitates the blends of the Caribbean, British and African cultures all diversified with a folk life sense. It voices gravely with rich intensity and the music outperforms many of the indigenous and traditional folk life. There are manly similiarites and resemblances with the Bahamian Goombay, which literally is referring to a very precise sorto f drums having an origin from Africa. Some people also relate it to a Bantu word that stands wholly for 'rhythm'.

Widely famous for its culmination and combination of the Afro-Caribbean styles of celebration, developed and practiced by the slaves in the Slavery period that in Bermuda, and influenced this version of their folk version of Gombeys. Usually performed by male dancers in large grounds ranging from 10-30 dancers in masquerade costumes, which have and support bright beautiful tones and weirdly odd angles. The main purpose of the vibrant costumes is that they are made in such a way to reflect the tropical birds. The dance gradually picks up in intensity and value and grows as the beat goes fasterin rhythm with time to truly become a spectacle to view and observe.

A Captain or a leader determines the direction, style, and ambition ofthe Goombey dance. The Captain leads the many troupes of dancers, and hosts maintains them while the remainder of the dancers follows the Captain’s command. The Captain also teaches the troupes with distinctly and standing out, and hence, that leads to the distinct differences in beats, costumes, the headdresses, and overall dancesamongst other troupes, by which they can particularly be acknowledged and appreciated. They can be differentiated from each other, and someof the special and fantastic elements and dances to investigate theirperformance are the snake dances, the freedom dances, the fast andslow dances, and the cockfight, etc.

How to view the dance?

Formerly meant to be performed only on December 26th, and also on New Year'sDay when the slaves would have been given their free time, it reached its momentum and become a hugely popular act in the many, festive celebrations that now happen in Bermuda. It plays a prominent and vital role during Harbor and Market Nights there as well, and also is a very attractive event during the Christmas Season and the Bermuda Day Parade. However, you would be surprised to know that during the month of September, there is now an annually hosted ‘Bermuda Gombey Festival’ intended to present this important art of folk and celebrate it with wholesome appreciation. The troupes’ talents and skills are displayed during the festival, showcasing all the dancesand platforms for their art which are liked and enjoyed by many ofthe visitors and locals there. The festival’s rhythmic beauty andthe dance conclude to be dynamic and grows steadily swifter on how wild and vigorous the outsiders, viewers, and tourists could become.

What about the costumes?

Each colored peace functions into the dress’s heart and tells a tale ofthe folklore tradition which is also governed to differentinterpretation as time flies.  Fans of the Gombey can distinguish the troupes of varying dances by their costumes and intention and also by their steps in the dance form.

The headdress frequently rises a few feet overthe dancer's height, adding to it, and are constantly symbolized with the strength andpride, by adding the peacock feathers, dipped and loved in glitter. The stems, however, dyed with a wide range of unusual vibrant colors.

Thec aptain of the troupe is always distinguished effortlessly in the whole troupe practicing Gombey to be the one who will have a whip. I tlends the idea to be a sign and representation for leadership.

The Captain also wears a black beloved velvet cape or sometimes of different colors and it is customarily the longest in length. They are embroidered with distinctive and meaningful materials to relate to the cultures of Bermuda and also are customized for each dancerbeing complex and special.

The face of the dancers is always hidden behind a specially and well-crafted and hand painted mask, preventing you to see their face.  It began as to create a unique identity of the dancers and gave them a different personality reflecting them from their own colors and dance moves. The real reason was thought to be off from the historyfor the time when slaves weren't permitted to dance in public a longtime ago, while when they finally achieved to do, the masks concealed their identities.

Each of the group or troupe is provided with a specific name, which is called a "crowd" and assigned a specific role to play inthe tradition. There are numerous battles consisting of duets andsolos arousing combat, and there are many dancers having a persistentchase happening, and some of them holding tomahawks and shields. While throughout the dances, you will hear a large number of whistle salutes which indicate the Captain's orders.  Some of the troupes and dancers are also famously able to re-enact biblical stories, which delights the audience of all ages. 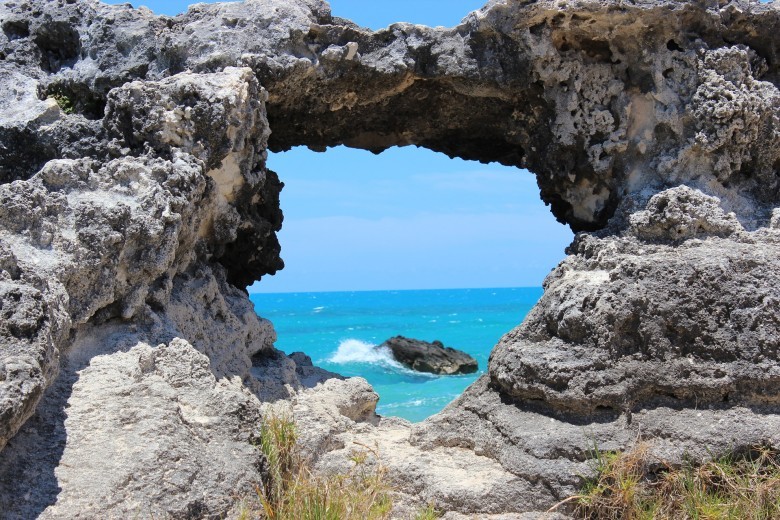