A Quick Guide to Cyprus

John Malcolm
posted on 3 years ago
—
updated on 1 year ago
1,190
views
Travel News
5 min read
A Quick Guide to Cyprus 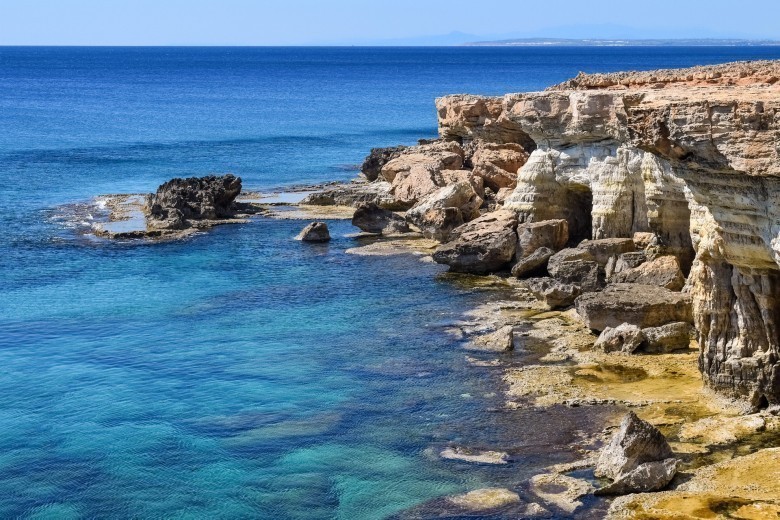 Located strategically in the Mediterranean Sea, Cyprus is the third largest among all the Mediterranean islands. It offers easy access to Egypt, Israel, Lebanon, Syria, Rhodes and Turkey, among other countries. Cyprus is mainly divided into the Republic of Cyprus in the south and the Turkish Republic of Northern Cyprus in the north. There’s a buffer zone which separates these two segments and two bases, namely, Akrotiri and Dhekelia, are under British Sovereignty.

The climate in Cyprus is described as subtropical so rains are expected in the winter and summers are usually dry. It has a total land area of 3,572 square miles and total population of 1,088,503 according to 2010 estimates. The majority of the population is Greek (77 percent) and the minority is composed of Turkish (18 percent) and others (5 percent). It follows that the official languages in Cyprus are Greek and Turkish. The currency used in Cyprus is the Euro. If you are planning to visit Cyprus, you will be pleased to know that it has a lot of great attractions. Here’s a quick guide to the best things to do in Cyprus.

Sun and Sea
If you love the sun and sea, you will surely fall in love with Cyprus’ vast array of magnificent beaches and coasts. Whether you want to go snorkelling, scuba diving, jogging or just spend some quality time with your family, there’s a beach where you can fulfil all your desires. One of the most popular beaches in Cyprus is Phinikoudes Beach. Measured at 500 meters in length, the sand of the beach is described as fine grey. There are lots of amenities at or around Phinikoudes such as mini markets, shopping centre, restaurants, showers, toilets, changing rooms, umbrellas, and water sports. For a more secluded beach, try Kapparis Beach, which is frequented by the locals. The beach is characterized by clear shallow waters and golden sand. Basic facilities are available but they are not as plentiful as what you will find at Phinikoudes Beach. Another interesting beach is Pachyammos Bay located at the Pafos tourist area. This is a very good place to swim because there are very few rocks on this narrow sandy beach. There are lots of accommodations, restaurants, bars and facilities at Pachyammos Bay. All these beaches hold the Blue Flag accreditation.

Paphos Harbour and Castle
It’s no wonder that Paphos Harbour and Castle is one of the most visited places in western Cyprus. At the harbour, you will get a sense of life in Cyprus as you dine in one of the fine Mediterranean restaurants or lose yourself in the many cultural and musical events. It’s a good idea to try to time your Cyprus holiday so that you can take part in the Paphos Aphrodite Festival, which is the most anticipated event in the region. The most imposing structure at the harbour is the Paphos Castle so it’s almost compulsory to pay a visit to this historical building. A fort guarded the entrance to the harbour since the times of the Byzantines. After the Ottomans invaded Paphos, they rebuilt the fort which was destroyed by the Venetians in 1570, culminating in its present form. Today, Paphos Castle is a UNESCO World Heritage site.

Troodos Mountains
Located in central Cyprus, the Troodos Mountain range offers an intoxicating dose of Byzantine churches and monasteries, picturesque mountain villages, pristine wonders of nature, and lots more. Some of Byzantine churches listed as UNESCO World Heritage Sites in Troodos Mountains are Assinou, Tomiou Stvrou at Pelendri, Panayia Podithou, Panayia tou Araka, Panayia tou Moutoula, and Stavros tou Ayiasmati. As for the mountain villages, you can visit Galata, Arsos, Kourdali, Agros, Pelendri, Omodos, Marathassa Valley, Dora, and others to gain a perspective on the unique lifestyle of the people. During the winter, you can go up to Mount Olympus for some skiing fun. In the summer, you can take a hike on one of the trails to experience the diverse natural beauty of Troodos Mountains.

Possibly the most important museum in the country, the Cyprus Museum is located in the Nicosia, the capital. In the museum, you will find the world’s largest collection of Cypriot antiquities. From the Stone Age, Bronze Age through to the Byzantine Empire, these artefacts provide a vital glimpse into the history of Cyprus. Some of the notable exhibits are the Status of Zeus, Neolithic artefacts, Enkomi treasures, Mycenaean bronze and pottery, Statue of Spetimius Severus, and Lambousa treasure.

No holiday in North Cyprus can be complete without a visit to Kyrenia Harbour and Castle. Here, you will drink the rich, flavourful Turkish coffee, and dine in restaurants with a distinctive Turkish influence. It’s always a great pleasure to sit at the harbour and enjoy the scenery, waiting for the sun to set. Once the sun sets, Kyrenia Harbour bursts into live with live music and lots of activities. Then, there’s also the Kyrenia Castle which was believed to be originally built by the Byzantines to ward off the Arabian invaders in the 7th century. Between 1208 to 1211, John d’lbelin expanded and improved the castle by building a new entrance, dungeons, embrasures for archers, and towers. When the Venetians conquered Cyprus in 1540, they made additions, culminating in the present form. Inside the Kyrenia Castle, you can visit the Shipwreck Museum and the Church of St. George.

Another top attraction in North Cyprus is St. Hilarion Castle, located at the Kyrenia mountain range. According to legend, the name of the castle was derived from a monk who lived at the spot where the castle was built. During his time, the mountain was infested with demons that tempted him from day to night. However, their attempts fell on deaf ears because he was stone deaf! Greatly discouraged, the demons left the mountain in peace. After his death, St. Hilarion was buried at the site and a Byzantine chapel and monastery was constructed around the 10th century. St. Hilarion Castle is also famous because it was rumoured that Walt Disney used it as a model for his rendition of the castle in “Snow White and the Seven Dwarfs”. As you climb towards the castle, you may understand why he would do such a thing.