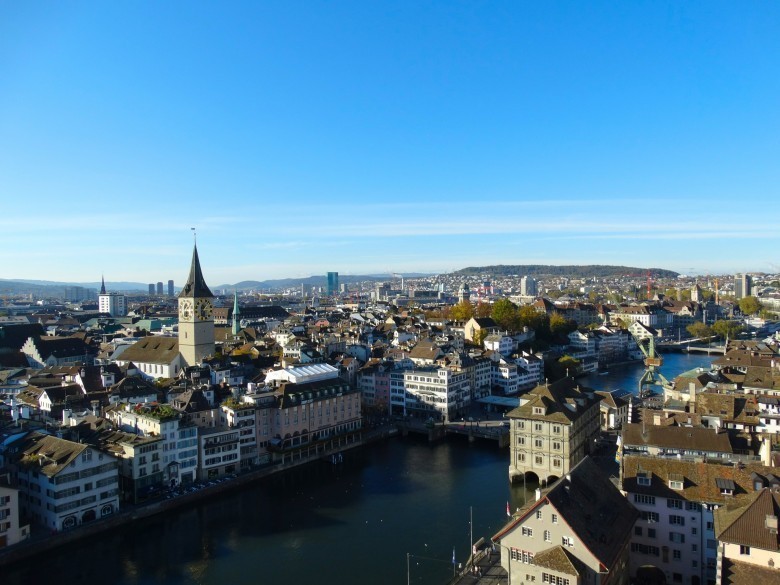 Zurich is famously known as one of the largest financial centers in the world. Located in central Switzerland, the city offers a balanced mix of arts, culture, and history, amidst a backdrop of panoramic beauty, which makes it one of the top tourism destinations in Europe. If you are planning a vacation to Zurich, you will be pleased to know that the city has plenty of interesting tourist attractions to suit your fancies.

The earliest permanent settlers came to the area around Lake Zurich about 7,000 years ago, going as far back as the Neolithic and Bronze Age. In 15 BC, the Romans founded Turicum, which became a tax-collecting post. As early as the 6th century, the city began to be known as Ziurichi, its German form, and since the 10th century, the name Zurich had been established. A leading global city, Zurich is the wealthiest city in Europe and it’s constantly ranked as one of the world’s top cities in terms of quality of life. The city is the largest and busiest transportation hub in Switzerland with a top class international airport and railway station. The large majority of the people speak German and Zurich German. Generally, the hottest month is July and the coldest month is January. Now, let’s take a look at some of the top tourist attractions in Zurich.

Every tourist who comes to Zurich will be guided to the Old Town because there’s no other place which showcases the city’s cultural and historical heritage so eloquently. As you walk on the contorted, cobbled stone lanes which are only accessible to pedestrians, you will be fascinated by the houses from the Middle Ages and Renaissance era town halls which provide some signposts to the city’s past. It’s recommended to talk a walking tour so you can learn about the buildings and history of the town. There are also restaurants and shops so you may enjoy a meal or do some inspired shopping while you are there. A number of Zurich’s famous historical landmarks are found in the Old Town such as the Great Minster, St. Peter’s Church, and Minster of Our Lady. When night falls, the Old Town comes alive as numerous clubs kick into gear. Great Minster
The twin towers of the Great Minster or Grossmünster are quite possibly the most famous landmark in Zurich. If you climb up the roughly 200 steps of the North Tower, you will be rewarded with a breathtaking view of the city, including Peter’s Church and Minster of Our Lady. There’s an interesting tale about the founding of the Great Minster. When Charlemagne came upon the tombs of Zurich’s patron saints, Felix, Regula, and their faithful servant Exuperantius, it was reported that his horse went down on its knees. The architecture of the cathedral is described as Romanesque so you can expect to see some gorgeous Romanesque carvings and capitals. Other interesting spots in the Great Minster are the Charlemagne statue, the Fresco of St. Felix, the stained-glass windows by Augusto Giacometti, and more.

Minster of Our Lady

Defined by the clock tower with a tall, slender blue spire exterior, the Minster of Our Lady or Fraumünster is most admired for its awe-inspiring stained glass windows created by Marc Chagall. In 853, Charlemagne’s grandson, Emperor Ludwig, founded a Benedictine convent on this location. In 874, a basilica with a crypt beneath was added to house the relics of Zurich’s patron saints, Felix and Regula. Its architecture is described as Gothic and Romanesque. In 1970, Chagall worked his magic on the church by designing 5 stained-glass windows. Measuring 10 meters in height, the glass windows have symbolic color themes, and their resplendence is best appreciated in bright morning light. The names of the windows are: “Prophets”, “Jacob”, “Zion”, “Christ”, and “Law”.

The Kunsthaus
Founded in 1787, the Kunsthaus has grown to become one of the most significant art museums in the world. The museum is known for its extensive collection of works by Edvard Munch, the largest outside of Scandanavia. For painting and sculptures, there are works by Ruisdael, Rembrandt, Rubens, Domenichino, Pellegrini, Bellotto, Manet, Monet, Cézanne, van Gogh, Gauguin, Bonnard, Oskar Kokoschka, Marc Chagall, Paul Klee, Henri Matisse, Picasso, Mirò, Salvador Dali, and much more. As for photography, there are works by Robert Frank, Berenice Abbott, Irving Penn, Henri Cartier-Bresson, Graham, Roth, Edward Steichen, Max Ernst, Paul Strand, Ansel Adams, and more. Take the guided tour to learn more about these great artworks.

Built in 1834, the Zurich Opera House is the premier location to see world-class opera, drama, and musical events in the city. Its architecture is described as neo-classical and you can see busts of Weber, Schiller, Goethe, Mozart, Wagner, and Shakespeare. The auditorium has the capacity to hold approximately 1,200 people and it’s constructed in the rococo style. Some examples of opera you can expect to see are Bizet’s Carmen, R. Strauss’ Ariadne Auf Naxos, Mozart’s Die Entfürung Aus Dem Serail, Wagner’s Parsifal, Verdi’s Otello, Puccini’s La Fancuilla Del West, and much more. The Opera House also offers ballet performances and other events.

Bahnhofstrasse
Not many people go on a holiday without expecting to do some shopping. Well, you will be missing the opportunity to shop at one of the premier shopping districts in the world if you don’t make a trip to the Bahnhofstrasse. Starting from Zurich Main Station, the 1.4 kilometer street goes all the way to Lake Zurich. There are department stores, fashion stores, and boutiques offering such products like jewelry, accessories, furs, porcelain, shoes, watches, clothing, and more. Some of the top retailers include Cartier, Prada, Chanel, Giorgio Armani, Mont Blanc, Louis Vuitton, Hermès, Bvlgari, Gucci, Tiffany and Co., Salvatore Ferragamo, Burberry, and Ermenegildo Zegna.

Zurich is truly a fascinating city with something for everyone. Other attractions in the city are Rhine Falls, Rietberg Museum, Zurich Zoo, Zurich Toy Museum, Swiss National Museum, Lindenhofplatz, Parade Square, Urania Observatory, the Botanical Garden, Museum of Design, and St. Peter’s Church. Also, Zurich is well-known for its countless galleries so it’s best to take your time to enjoy the city to the fullest.