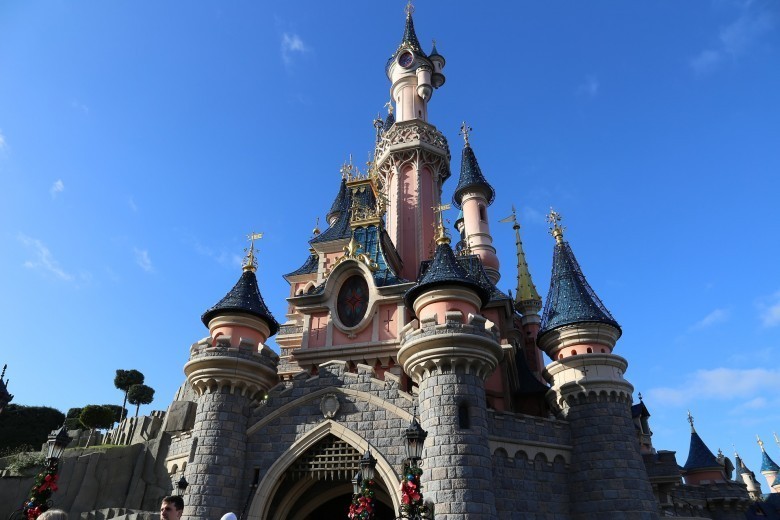 If you are planning a trip to Paris, one of the places of interest that you must include in your itinerary is Disneyland Paris. This amazing themed park provides endless fun and entertainment for both adults and children, and it will certainly make your vacation a most memorable affair. There are so many exciting things to do in the park that you may have trouble deciding where to start. Here is a guide to Disneyland Paris and its main attractions:

Opened on the 12th of April, 1992, Disneyland Paris is the first Disney-themed resort in Europe and second outside the United States, after Tokyo Disney Resort. It is situated in Marne-la-Vallee, about 32 kilometers east of the center of Paris, and it covers an area of 2,000 hectares, which is approximately one-fifth of the size of the French capital. Attracting about 15 million visitors every year, Disneyland Paris is the most visited tourist attraction in Europe.

Disneyland Paris is basically a European variant of the original Disneyland theme park in Anaheim, California. There are more than 50 major attractions in the theme park, and it can take several days for you to try all of them. The park consists of five themed lands, namely, Main Street USA, Fantasyland, Adventureland, Frontierland, and Discoveryland.

Main Street USA
Main Street USA is a charming depiction of small-town America during the early part of 20th century. You can experience the good old days by taking a ride in a horse-drawn streetcar, strolling past Victorian stores and period arcades, and enjoying an old-fashioned ice cream at the Gibson Girl Ice Cream Parlor.

Disneyland Railroad - From the Main Street Station, you can take a train to all the other lands in the Disneyland Park. The train ride offers lots of excellent photo opportunities.

Horse-Drawn Streetcars – Horse-drawn streetcars travel the same route as Main Street vehicles, and they are available all year round.

Liberty Arcade and Tableau – Liberty Arcade is situated on the opposite side of Main Street from Discovery Arcade. It is a walk-through exhibit that celebrates the gift of the Statue of Liberty from France to the United States.

Fantasyland
The wonderful fairytales and stories that are depicted in classic Disney animated films come to life in Fantasyland. This place offers rides and other attractions that provide great fun and excitement for children, and it has a number of stores that sell very interesting items.

Sleeping Beauty’s Castle – This is the centerpiece of Disneyland Paris, and it features a storytelling exhibit called the Sleeping Beauty Gallery and a gigantic animatronic dragon in the Dragon’s Lair.

Snow White and the Seven Dwarfs – A Europeanized version of the classic Disneyland dark ride.

Pinocchio’s Journey – Another fantastic dark ride that takes you through the adventures of Pinocchio.

Dumbo the Flying Elephant – Ride round and round and up and down on Dumbo and enjoy a spectacular view of the park.

Alice’s Curious Labyrinth – This is a huge and complicated maze with lots of distractions along the way. When you reach the end of the maze, you will be rewarded with a splendid view of Disneyland Paris.

It’s a Small World – A boat ride that takes you to miniature versions of the countries of the world.

Storybook Land – This attraction features a boat cruise that passes through miniature scenes from classic fables.

The Frontierland offers a thrilling adventure in the American Wild West. With attractions ranging from heart-stopping roller coasters to petting zoo, it truly has something for everybody.

Legends of the Wild West – Located at the entrance of the Frontierland, this attraction gives children the opportunity to experience the Wild West by exploring Fort Comstock and Cheyenne Indian Village.

Thunder Mesa Riverboat Landing – A boat trip that travels through the Rivers of America.

Pocahontas Village – Younger kids can have loads of fun in this play area.

The Adventureland allows you to embark on exciting adventures with some of the most infamous rogues. Whether you are a fan of the Pirates of the Caribbean or Indiana Jones, you can rest assured that will have a most thrilling time here.

Adventure Isle – This attraction takes you on an exploration journey through tunnels, caves, waterfalls, and bridges.

Indiana Jones and the Temple of Doom – A high-speed ride through an archaeological excavation site.

The Swiss Family Treehouse – Climb up to the tree-top home of Swiss Family Robinson and enjoy a most fantastic view.

Aladdin’s Enchanted Voyage – Experience the adventures of Aladdin as you explore passageways at your own pace. You will see some amazing animatronics along the way.

Discoveryland provides an opportunity for you to travel through time and space to learn about the works of great visionaries from the past and discover the future world. It is the ultimate attraction for adults and children who are interested in science and technology.

The Visionarium – A 360-degree cinema where you can travel around the world with Jules Verne and an animatronic character called Timekeeper.

Autopia – This attraction gives you a rare chance to ride in futuristic cars.

Space Mountain – A roller coaster ride that takes you on a thrilling journey into space.