Vilnius – The Capital of Lithuania

John Malcolm
posted on 3 years ago
—
updated on 1 month ago
4,322
views
Travel News
5 min read
Vilnius – The Capital of Lithuania 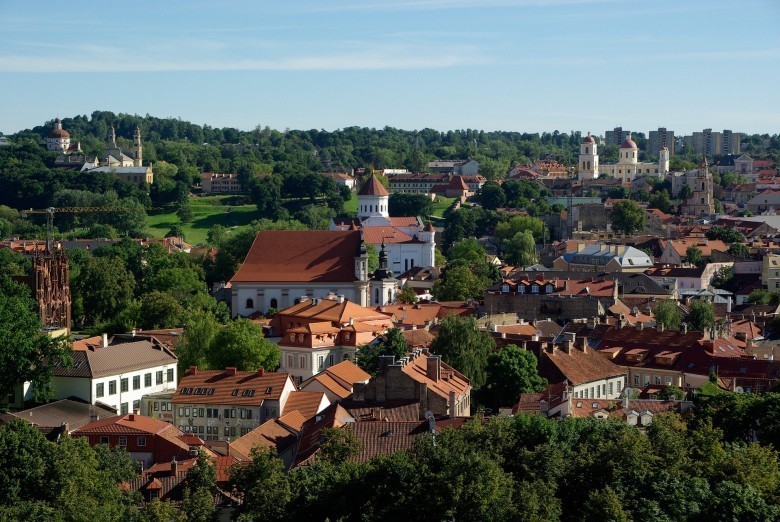 Vilnius is the capital city of the Republic of Lithuania. This wonderful city is situated just 20 kilometers south of the geographical center of Europe, and its strategic location makes it a commercial and transportation hub in the region. Although it is widely considered an eastern European country, Vilnius is actually located in the central part of Europe. In fact, there is a nearby monument called the “Geographical Center of Europe” that you can visit by joining a sightseeing tour or driving a rented car.

History of Vilnius
The exact date of the founding of Vilnius is unknown, but the city was mentioned for the first time in 1323, in the letters of the Gediminas, the Grand Duke of Lithuania. By the year 1387, Vilnius was already governed by the Magdeburg Law, a set of town laws that was considered very modern at that time. The first university in the city, Vilnius University, was established by Steponas Batoras in 1579, and it is one of the oldest institutions of higher learning in Europe. In 1610, a huge fire that was comparable in magnitude to the Great Fire of London broke out in Vilnius, causing damage to a large part of the city. Vilnius was occupied by Polish soldiers in 1920, and it remained a Polish city for 19 years. During World War II, the Russians took control of Lithuania and occupied it for several decades. Lithuania gained independence in 1990 after representatives from the intelligentsia group called Sajudis won the election to the Lithuanian legislature.

Vilnius as a Travel Destination
Vilnius is one of the best cities to visit in central Europe. It has a rich cultural and historical heritage, fascinating attractions, and very friendly people, as well as all the necessary amenities to make your vacation a very pleasant experience. Here are some of the most popular places of interest in Vilnius:

Gediminas Castle
Completed in 1409, the Gediminas Castle is the symbol of the founding of Vilnius. According to legend, the Grand Duke Gediminas was hunting in the area around the castle, and he fell asleep and dreamed about an iron wolf. Unsure about the meaning of the dream, he consulted his oracle, and he was told that he should build a city at the site. Most parts of the castle are in ruins, and all that remains today is a tower. The tower houses archaeological findings from the surrounding areas.

TV Tower
Reaching to a height of 326 meters, the TV Tower is the highest manmade structure in Lithuania. It was constructed in 1974 and began operating in 1981. You will find a revolving café in the tower that offers a spectacular view of the city.

Ausra’s Gates
The Ausra’s Gates were initially a part of a defensive wall surrounding the city of Vilnius. Today, there are only 10 gates and a three-floor chapel left. While visiting this attraction, you will see a beautiful painting of the Mother of God, who is believed to possess healing powers.

Churches
Vilnius is also known for its rich religious heritage, and it is home to many historically-significant churches. Some of the churches that you should visit include The Cathedral of Vilnius, Bernardine Church, St. Ann’s Church, St. Peter and Paul’s Church, and St. Kotryna’s Church. There are altogether about 40 churches that are worth visiting in the city.

Museums
If you want to learn more about the history and culture of Lithuanians, it is recommended that you include a few museums in your travel itinerary. Popular museums in Vilnius include the National Museum of Lithuania; Lithuanian Art Museum; Lithuanian Theater, Music, and Film Museum; Museum of Applied Art; Radvilos Palace; Museum of Genocide Victims; Europos Parkas Museum; and Vilna Gaon Jewish State Museum.

Parks
If you want to take a break from the hustle and bustle of city life, you can go for a stroll in one of the many beautiful parks in Vilnius. There are a number of parks that are located right in the center of the city, and they are the Vingio Park, Kalnu Park, Sereikiskiu Park, Verkiai Regional Park, and the Botanical Garden of Vilnius University. Night Clubs and Bars
Similar to most other European cities, Vilnius also has a vibrant night scene. Whether you want to let loose on the dance floor or just have a few drinks with your friends, you will have no trouble finding a suitable place. Some of the top night spots in the city include the Havana Social Club, Prospekto Pub, Woo, Old Town Strip Club, and Men’s Factory.

Getting Around in Vilnius
Getting around in Vilnius is very easy. There are several kinds of public transportation for you to choose from, and they include buses, trolley buses, subway, and taxis. Most of the local residents prefer to take buses or trolley buses, because these are the most cost-effective ways to travel. There are basically two kinds of buses, namely, municipal buses and private buses. The prices charged by both kinds of buses are almost the same. Tickets purchased at a newsstand or kiosk cost 2 litas ($0.80) for adults and $1 litas ($0.40) for children, and those that are bought on the bus cost 2.5 litas for adults and 1.25 litas for children. If you are planning to travel by buses or minibuses a lot, you can save some money by getting a Vilnius city card.

Hotels
Vilnius has many different kinds of hotels, ranging from budget hotels to luxury hotels, and you can easily find one that suits your preferences and needs. Recommended hotels include the Barbacan Palace Hotel, Apia Hotel, Amicus Hotel, Naujasis Vilnius Hotel, and Vingriai.

Car Rentals
If you want to rent a car while you are in Vilnius, you can get excellent deals from Neo Rent, Autobanga, EuropCar, and Busikas.