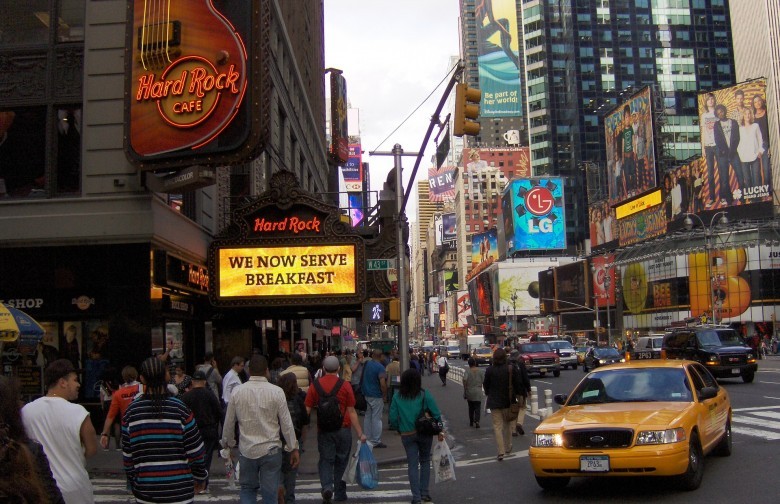 TheHard Rock Café chain has been continually increasing on currentlyoperates in 74 countries. It is a chain of themed restaurants thathave been in the market over the past 47 years. Originally founded inLondon on 14thJune 1971, the chain took on the rock and roll memorabilia to coverup its walls in 1979. The craze has been continually on the risesince then and the tradition is now prevalent among all the otherexpansions of the chain. There are 185 cafes set up across multiplenations in the present market. The casual dining restaurant hascurrently expanded to other sectors of the business and now owns 25hotels along with 12 casinos. And it is still expanding widely.

TheHard Rock Café International (USA) Inc. changed owners in 2007 afterit was sold to the Floridian tribe – Seminole. The headquartershave been moved to Orlando, Florida this year. The corporate officehas also been relocated in April 2018 and currently operates fromDavie, Florida.

Thefirst restaurant of this chain dates back to 14thJune 1971 and it was set up in the Old Park lane on Mayfair, London.Isaac Tigrett and Peter Morton were the rightful owners when the HRCwas known to have an eclectic décor. It then turned to usememorabilia to enhance its décor and began its internationalexpansion back in 1982. Toronto, Berlin, San Francisco, Paris, LosAngeles, and Chicago were the first among the many other locations towhere the chain expanded during its initial phases. The presentlocations for the Hard Rock Café vary widely from small marketsdriven by tourists to the large metropolitan area including Bostonand New York City.

Franchisesare not available in the United States and the outlets here are ownedby corporate and the operations are carried on by them as well. Theonly exceptions are the Cafes in Tampa and the casino in Four WindsNew Buffalo. But the sale of the Las Vegas Hard Rock Hotel gave riseto two franchised hotels in the US market – one in Tulsa and theother in Albuquerque. But the option is widely available across manyother parts of the globe. Many hotels have already been set up inmultiple countries in recent times including Canada, China,Singapore, Spain, Thailand, Switzerland, India, and Mexico.

Currentrumors in the market state the chain to set up six more outlets overthe next three years, with India being one of the prime targets.Currently, there are eight cafes operating in India alone and theprofit margins are huge. That has attracted the attention of thisUS-based chain of casual dining to invest and expand even more inIndia. Some of the outlets will be owned solely by the franchisecorporation while a few places will also consider the route of ajoint venture for the process. And it is not just limited to India.The expansion plans for the chain are spread throughout the world andmore and more planning are being forged to promote the business.

Currentexpansion focuses are laid more on targeting the changes in touristmarket to choose up the new centers for the outlets and this strategyhas been fruitful to many of the franchise owners. This expansionmodel has helped them generate huge revenue and in turn, has urgedthem to expand even further. It is only a matter of time now that thechain sets up at least a café in all nations of the world. Plans toexpand the hotel chains are also being concentrated on but choosingthe right market for the job is quite difficult. Wrong decisions canhamper the business to a great extent and the chain owners haverealized it well since the failure of the Hard Rock Park in theinitial decade of the 21stcentury.

Franchisesare now open to the world and interested firms can take up thechallenge to help the business expand. The best part of the chain isthat it has already established its presence in the global market togreat extents and a little push can be enough to flourish inrevenues.

TheAmerican casual dining chain currently has a huge base of fans thathop into the outlets to grab a quick bite or enjoy some quality timewith friends or partners. Some of the live music sessions at theoutlets further increases on to the service list and this attracts alot of music lovers regularly to attend to the music shows. Thequality of the service provided in these dining chains is one of thebest in the market and it desperately works to build up its goodname. You can easily find one of the outlets close to your locationif you have not yet tried out the place.

Youcan check out the web to find out the operating outlets of thisAmerican chain of themed restaurant and know more about what thisplace has in offer for you. If you are a music lover, you are sure tofall in love with the ambiance that these places will you with.