The Internet and the Future of Recruitment 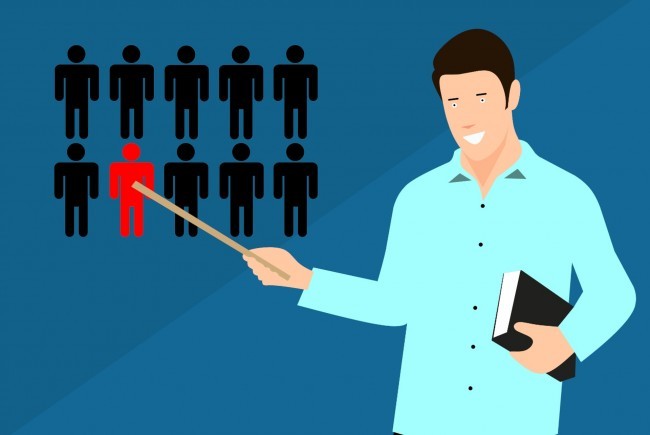 Technology is changing the world at a fast pace, and the birth of the internet has proven itself a game- changer over the years.

The internet, a global system of interconnected networks which provides avariety of information and communication facilities has madeinformation easier and faster to pass across. In just few minutes, apost in Asia can be reposted several times across the world. It is anetwork of networks in which a computer user can, at any time, if given permission, get information from any other computer.

Onlinere cruitment is a process that involves scouring the internet tolocate actively searching job seekers. It has been around for yearsand with the number of job seekers growing everyday, it is impossible for the old recruitment ways to keep up with the trend.

HR professionals tasked with finding and recruiting new talent havestarted turning their attention to the internet and although statistical data by ComScore in 2008 suggested that job searches were the fastest growing search category on the internet, employment over the internet is not a very popular trend yet.

Theinternet should play a bigger role in recruiting job applicants andhere are reasons why:

Severala rguments that suggest that adequate character and personalityjudgment is needed before recruitment oppose the internet recruitmentsystem. But that’s looking at it from just one angle. The internet did not only bring search engines and the likes but also socialmedia.

Itis widely known that social media posts can reveal at least to 55% ofa person’s personality. This way, the importance of psychologicaltests and questionnaires is significantly reduced because most of thetime, the online personality of a candidate is enough to judge him.

Ift his is not enough, interviews can be set up via video calls which isanother unbeatable feature of the internet.

However, picturing a person’s actual personality from social media might notprove accurate enough in particular situations and face-to-faceinterview is a better alternative.

Increase in Number of Applicants

Online jobs ensure a significant increase in job applicants, not just fromthe immediate locality but everywhere around the world.

Fore mployers who are not constrained, a wider radius of interestedapplicants helps to widen your search for the perfect fit.

Recent studies suggest that about 79% of job seekers use online searchengines. If recruiters follow suit, the internet would benefit peoplemore.

It should, however, be noted that this does not only lead to anadvantage, as numerous unqualified applicants would also apply,making it harder to find actual professionals and worthy job seekers.

Itdoes not end there! With recruiting software, mass emails can be sentout to candidates to save time and streamline the process.

Someof us might not realize this, but an average graduate in a thirdclass country has to go from company to company in search for jobs. Amere inquiry would require the same effort. Some of these companies still place importance on physical paperwork.

Thefatigue and stress that comes with this is sometimes not worth it, as the candidate cannot even be assured he would get the job.

Withthe internet, candidates can send their applications in right on thejob posting site or email addresses. Inquiries can also be made overemail.

This process saves time and unlike the first two reasons, comes with nodisadvantage.

The internet makes it possible to scan through large collections ofresumes and applications to find unique candidates based on certainkeywords. Candidates matching these keywords have an increased chanceof being called for an interview. This method saves time and money asa simple search can sift through thousands of applications andresumes to narrow down the list of potential recruits.

This method also offers a solution to the disadvantage stated in thesecond reason. Unqualified and unworthy job applicants can be siftedout as quickly as possible, thinning the number of candidates andensuring a wrong choice is not made.

Replies to job posts online appear almost immediately, beating the conventional means by far. This helps to increase your efforts toattract more candidates, a different set of candidates (early insteadof mid-career professionals, for example) and even stop candidatesfrom applying if you’ve found the right person for the job.

This further reduces the number of labor hours spent screening andinforming job applicants about the status of their application.

In conclusion, several websites already offer platforms designed specifically for professional networking. LinkedIn alone boasts about200 million worldwide users. Big networking sites like Facebook andTwitter are not left out. In 2012, Facebook was said to have launcheda US based job board feature allowing recruiters to connect to usersin their local area looking for jobs. It was projected that in yearsto come, search engines will totally replace job billboards totallyand that can prove true.

With the fast rate of development, all disadvantages would be eliminated in the near future and online recruitment would be embraced by all.