Organic food - so much better than processed food 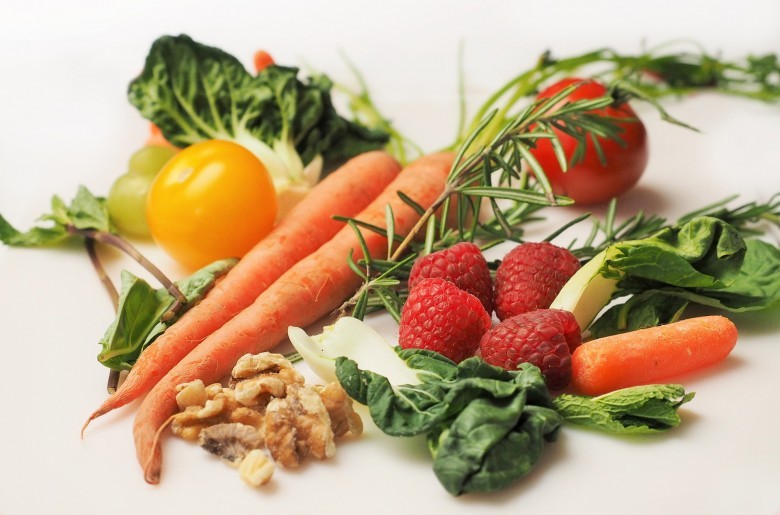 Food; nutritious substances that we have to eat to not only ensure growth, but survival. Its importance cannot be overemphasized. Essential nutrients, such as carbohydrate, protein, vitamins and minerals are contained in food and since these are needed by us, we really do nothave a choice, we have to eat!

We do have a choice when it comes to choosing what to eat, and we definitely have different tastes, depending on locality, nationality and even religion.

There’s a bigger choice though, one between organic and processed food. Thed ebate on the better one out of the two has gone on for years, sincetechnology started gaining ground. In fact, organic food has beenaround for years before technology, a development which actually brought about the processing of food.

It shouldbe noted that totally raw and organic food is hard to come by as manyfoods contain artificial ingredients and preservatives, while fruitsand veggies contain pesticides.

Organic foods are produced by methods that ensure thecycling of resources,promotes ecological balance, and conserves biodiversity. They are basically produced without synthetic fertilizers and only fertilizers derived from sewage sludge (thematerial left over after human sewage is processed) are used.  Synthetic pesticides are minimally used, genetically engineered crops, more commonly known as genetically modified organisms aretotally excluded from the list. Irradiation to kill diseases orpests, or to extend shelf life is avoided and growth hormones orantibiotics are not used to raise livestock.

Processed foods, on the other hand, undergo various processes to majorly transform one form of food to another.

Although ,food processing does have some benefits, such as making food last longer and making products more convenient, organicfood gains the upper hand in various ways such as:

The nutritional value of food can be reduced by processing. Loss ofnutrients depend on the type of food and processing method. A good example of this is canned fruits which contain far less Vitamin C than organic food.  This is because Vitamin C and heat relate badly and some of the Vitamin can get destroyed during processing.

Unlikeprocessed food, organic animaland plant foods contain the vitamins and minerals needed for optimalhealth. For example, eggs are high in choline, a nutrient that isessential for proper brain function.

Also, overdosing from supplements can be avoided by sticking with organicfood.

Asof 2015, an estimated 415 million had diabetes worldwide, a whooping8.3% of adults. It also causes approximately 1.5 to 5.0 million deaths each year. These statistics are from three years back and have definitely increased.  The estimated economic cost of diabetes was also an unsurprisingly high US$612 billion as of2014.

The regular and uncontrolled intake of processed foodadds to this problem. Heavily processed carbohydrates, such as those made with white flour, white sugar, andwhite rice, are essentially whole foods stripped of important branand fiber, as well as healthy vitamins and minerals.  Because these foods can be digested quickly, there is a high risk that they cancause spikes in sugar and insulin levels.

Anunhealthy diet high in fat, added sugar and salt, such as onecontaining a lot of highly-processed foods, can also increase therisk for cancer.

A healthy diet, consisting majorly of organic food and paired with regular engagement in physical activity, can ensure a healthy life.

In fact ,its impossible to try out all the organic food options in a lifetime.Sadly, the same cannot be said for its counterpart.

While processed foods might actually seem like they underwent far cleaner processes than organic food before ending up in our kitchens, thefact is that organic foods are considerably less likely to get contaminated.

Food processing is typically a mechanical process that utilizes extrusion,large mixing, grinding, chopping and emulsifying equipment in the production process. Risks of contaminates get higher in each stage and are mostly left over material from previous operations. Animal orhuman bodily fluids, microorganisms, nonmetallic and metallic fragments are examples of such contaminates. This is surely unsafefor consumption but we eat them anyway.

Organicfoods protect us from taking such risks. Eating food that has notundergone a lot of processing reduces the risks of contaminates and ensures a safer life.

Foods that have undergone processing, including some commercial bakedgoods, desserts, margarine, frozen pizza, microwave popcorn and coffee creamers, sometimes contain trans fat. This is anunhealthy type of fat, and may increase the risk for highcholesterol, heart disease and stroke. The 2010 Dietary Guidelinesfor Americans recommends keeping your trans fat intake as low as possible.

Organic food is an alternative choice when trying to follow thisrecommendation. For example, organically raised beef and milk can have higher levels ofomega-3 fatty acids.These healthyfats are linkedto heart healthand can be obtained from from fat-richfish, like salmon and mackerel.

Inconclusion, organic foods ensure healthier lives. From the factsstated above, do processed foods stand a chance?