The most Iconic hotels in the World

admin
Admin
posted on 2 years ago
—
updated on 11 months ago
1,955
views
Lists
5 min read
The most Iconic hotels in the World

When travelling for a vacation, one of the first things you must take into consideration is the hotel you will stay in forthe duration of your visit. Since it's a vacation, it is important that youstay in the best hotels available in the city of your choice.

There are hotels and there are iconic hotels!  In this list I share some of the ones on my bucket list, I've stayed in a number of them already, but the list is growing as I find more, and faster than my travels can take me to them.

Also, I have personally been to a few of these hotels, so you can be sure I have a first-hand experience when I tell youto check them out!

Here are some of the world's most iconichotels you can visit during your vacation:

The pink palace, is a very special hotel, the sea front in Honolulu is full of modern, high rise hotels, and in the middle sits the splend Royal Hawaiian otherwise known as the Pink Palace.  I've stayed in this one and it is superb, I loved the Hula shows.

2. SHERATON ROYAL HAWAIIN, HONOLULU: If you are interested in the view of the sea, then this hotel is the perfect spot for you. The Honolulu is filled with high-rise hotels, and right in the middle of these other hotels sits the Pink Palace, a nickname for the Sheraton Royal Hotel. Having been to this hotel once, I recommend strongly for anyone going to Honolulu for the holidays. And the Hulu shows, they were really beautiful. 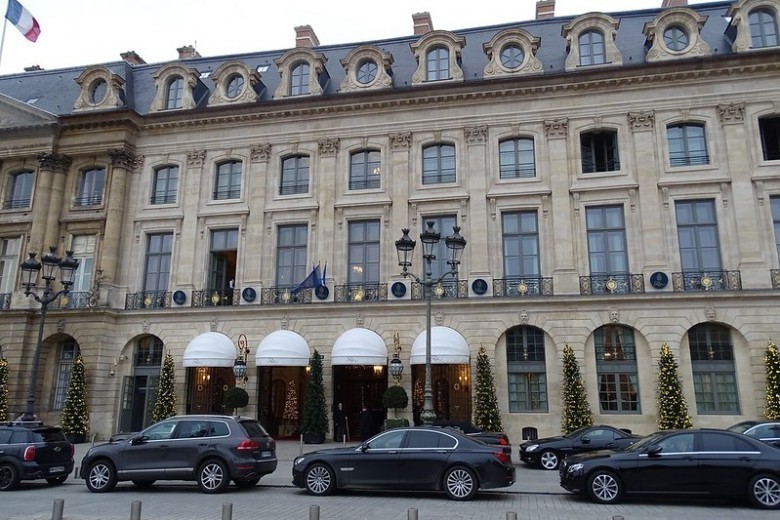 3. RITZ PARIS: This hotel is one of the most beautiful in the world, being the home of Coco Chanel, and regularly hosting Pablo Picasso and F. Scott Fitzgerald during their respective days. Due to its many attractive features such as a Versailles-style garden, a Chanel spa, red carpet entrance, a ballroom, and beautiful views, the Ritz is usually considered the most romantic hotel in the world. Also, if you are a freak for historical artifacts, you should know that the hotel still maintains its furniture from several years back. If you are for the glamour, you definitely want to check this out. 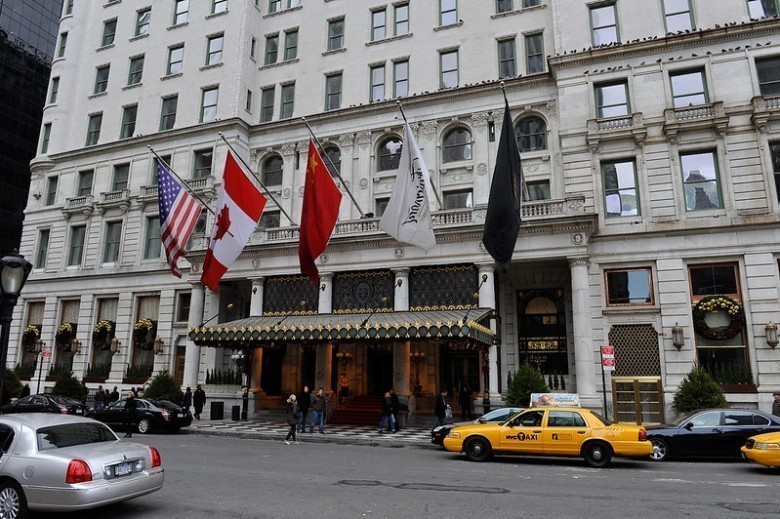 4. PLAZA HOTEL, NEW YORK: It's impossible to write about luxury hotels in the world without mentioning The Plaza. Over the years, The Plaza has established itself as the symbol of luxury for other hotels. It has set itself above the rest through its exquisite class, and style. The hotel contains 282 rooms, all of which are designed in the Louis XVI-style. Whatever your needs are, the Plaza has a space for you. There is a Todd English food hall, a Palm Court, a Warren Tricomi salon, a Spa, and so on. 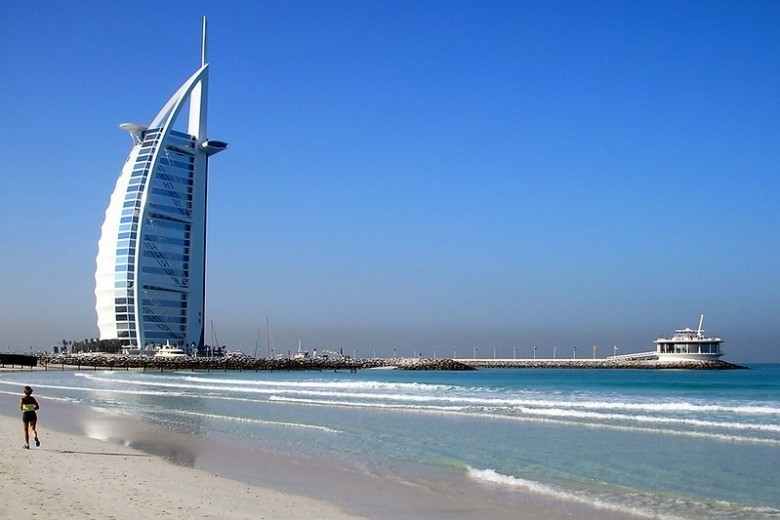 5.BURJ AL ARAB, DUBAI: Dubai is one of the world's most popular homes of luxury; isn't it safe to assume it would have some of the world's most beautiful hotels? The Burj Al Arab, which contains 202 suites, is representative of the luxury that the city promises. An amphitheatre, lounges surrounded by aquariums, the fleets of Rolls Royce, and the exquisite food and drinks of the Al Arab is what sets it above the rest. If you can dream it, there is a huge chance that the Burj Al Arab can help you recreate it. 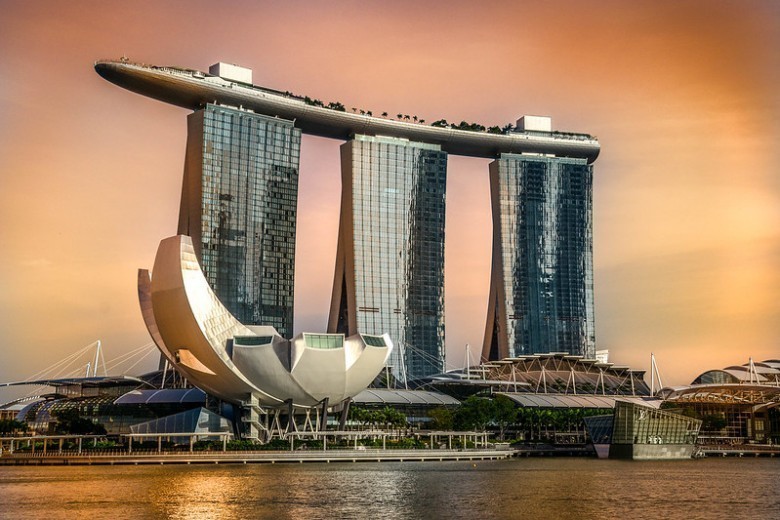 6. MARINA BAY SANDS, SINGAPORE: Here is another Singaporean hotel on the list; Marina Bay Sands. This hotel is relatively new, having just been opened in 2010. But in spite of this, its attraction which includes a rooftop pool, which makes it feel like you are swimming through the clouds has become extremely popular among travelers and tourists. It is not surprising that this has managed to be on the bucket list of countless travelers across the world. 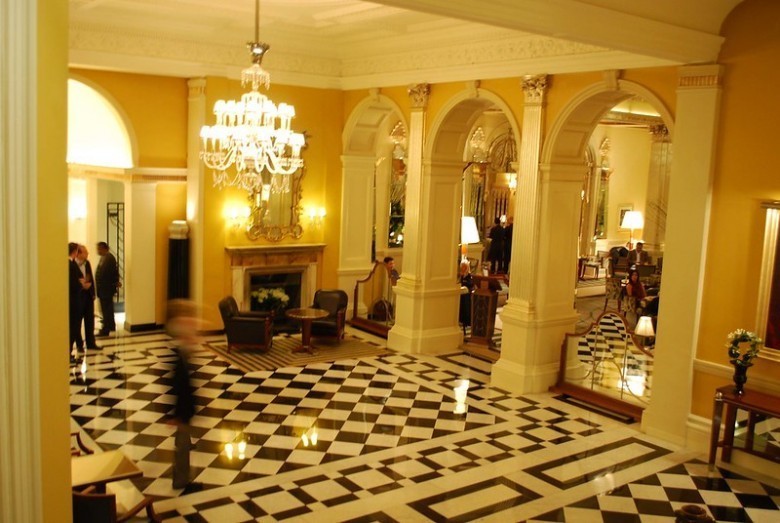 7. CLARIDGE'S, LONDON: What is a list without an entry from the ancient city of London? The Claridge's in London is on this list for many reasons; its very spacious luxurious rooms, Art Deco décor that reminds you of the early 20s, Victorian-style furnishing present in almost every room, the spa treatment, Afternoon Tea, and so on. If you have been dying to live the antique English life and feel like a proper gentleman or lady, then this is the right spot for you. 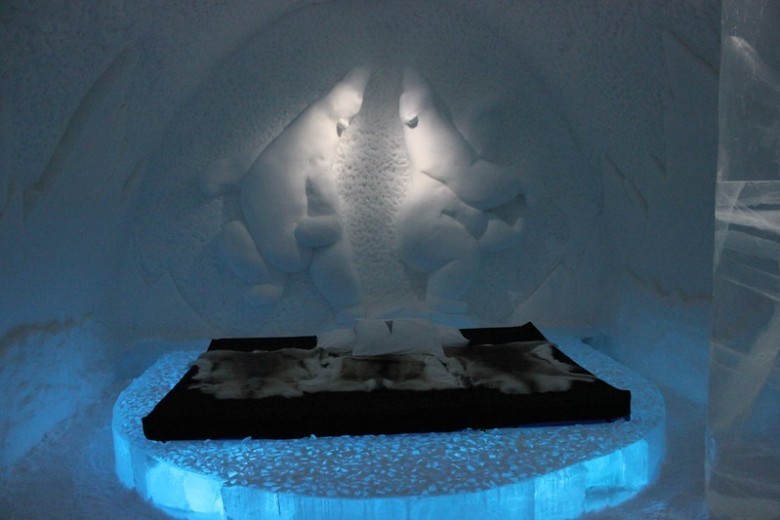 8.ICEHOTEL, SWEDEN: The most iconic thing about this hotel is the experience it offers. Every year, from December to April, artists from several parts of the world travel down to Jukkasjärvi to design new hotels out of snow. They also use ice that has been cut from the Torne River. Participants are transported in dogsleds, and drink from glasses made entirely out of snow. The hotel has 65 individually designed rooms, meaning every room had something different from the other. 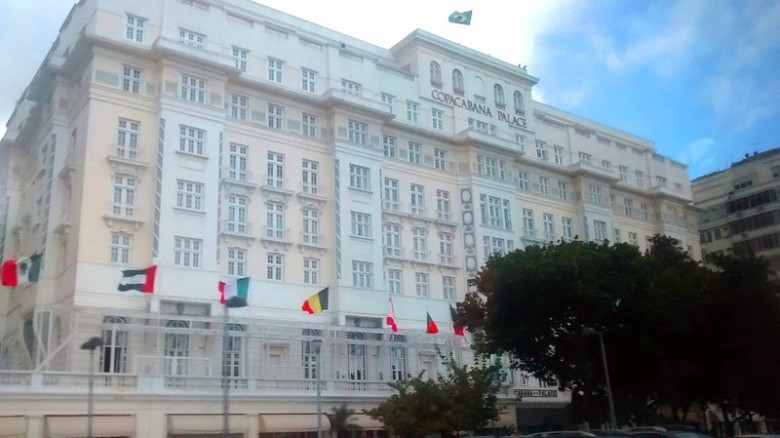 9.COPACABANA PALACE, RIO DE JANEIRO: This hotel is the home of dignitaries, Hollywood stars, ministers and royalty anytime they spend their days in Rio. This hotel is modelled after the exotic styles of the past, and it still features most of these qualities even after a recent renovation. It also contains several other features such as Michelin-starred meals, a semi-Olympic-size pool, a piano bar, and so on. 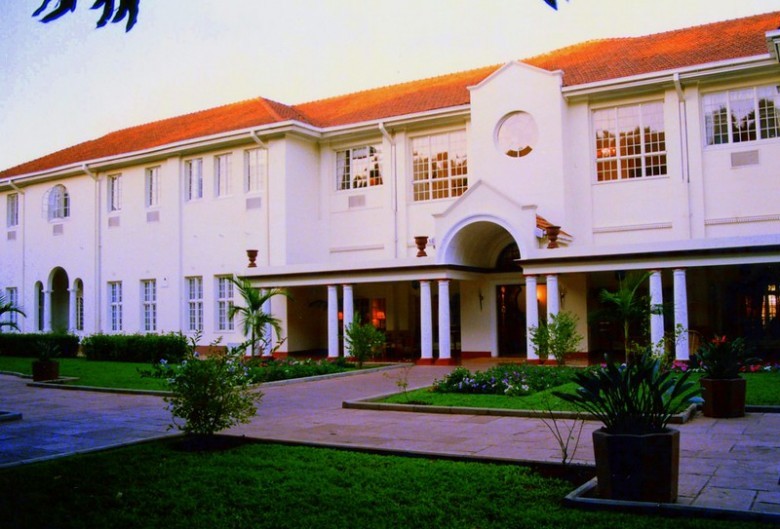 10. VICTORIA FALLS HOTEL, ZIMBABWE: Now, this hotel is considered to be among the wonders of the world. Sitting close to the Everest, the Grand Canyon, and the Great Barrier Reef — you can imagine the view— this hotel is considered to be one of the most beautiful in the entire world. This hotel was used by colonialists several years ago, and it still retains a certain charm in its over 161 rooms. From the hotel, you can see the edge of Batoka Gorge, plus spray from the falls of this iconic wonder. One of the most beautiful feature of this hotel is it's picturesque hotel, and a private viewing platform for individuals who like their privacy.

Are you traveling soon? Then you might wantto check out any of these locations. Or have you been to any of them and have afirst-hand experience you'd like to share? Then you could also tell us aboutyour experience! We want to hear all about it!