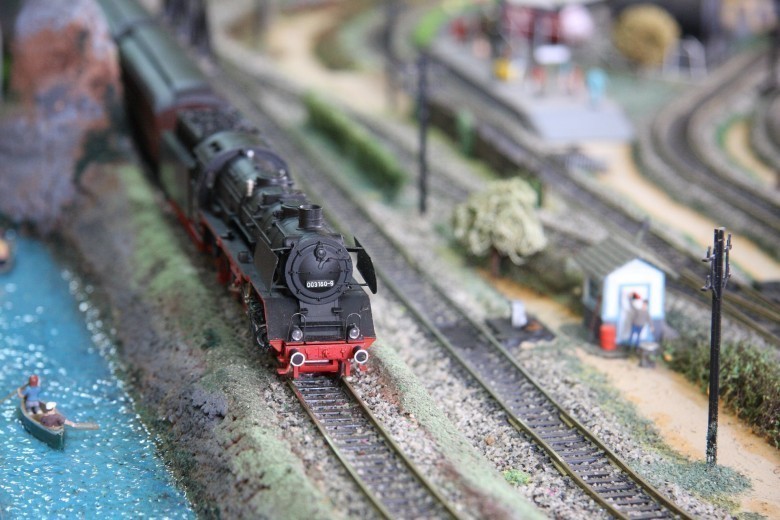 When we order toysonline or pick them up from the store, model trains sometimes crossour minds. Playing with model trains canbe very enjoyable and can serve as a means of training young childrenfor life in society. They improve problem solving and motor skills,creativity, imagination and dexterity.

Thesemodel trains do not spring up overnight, but are products of years ofhard work and research by companies to ensure maximum satisfaction.

One of such model train companies is Hornby Railways, a British model railway brand that specializes in electric model trains. One of the most popular toy companies in its fruitful years, their model trains were top on almost every kid’s Christmas list.

It all started late inthe 19th century when Frank Hornby, an English inventorand businessman started experimenting with ideas in his homeworkshop. In 1899, with pieces from sheet metal, he had begun making non-interchangeable model bridges, roads and even trucks for hischildren.

Later, he figured outthat inserting perforations in strategic places could hold movingpieces together.

By 1901, Hornby had produced a set that was marketable. It was also at this point that hesecured a patent for his first model, although it did not receive much attention at the time. He was determined, however, and secured a small loan from his employer to secure a partnership that changed the company forever.

In subsequent years, and under the construction name, “Mechanics Made Easy”, 1,500models were sold although almost no profit was made. It was until three years after that the first profits from sales started coming inafter new sets with instruction manuals in English and French were introduced.

In 1907, Hornby named his construction set, “Meccano”, leading to the commission of Meccano Ltd in 1907.

Slowly, the company released and developed new models over the coming years, releasing the Raylo railway game in 1915.

Dueto problems arising after the Second World War, Hornby started production under his own name and started producing the O gauget inplate trains. In 1920, the first model train under the company was released, a clockwork O gauge (1:48) model.

Although,upgraded and electrical versions were produced during the time,notably the electric model train operating on 110 volts which broughtin some profit, these models did not gain much popularity like theclockwork O gauge versions.

In1927, the attempt to transition into the American market, which entailed getting a new factory in New Jersey to produce American-styled model trains failed miserably, and the factory was sold just two years after.

Under the name, “Hornby Dublo”, the OO scale trains were introduced. Made largely from tin metals, the electric and clockwork models werewell planned designs featuring carriages and wagons withdie-cast underframes. Its surrounding buildings were made from wood and the whole construction could beset-up on just a table top.

Dueto its success, most companies around the world embraced the OOscale.

The Second World War hindered the already blooming business and production was not resumed fully until 1948, three years after the war. In fact, government insisted that the company focus on exporting goods in order to help pay off war debt.

Inthe early 1950’s, rival manufacturers, Triang-Rovex, started to include plastic in their productions, a major breakthrough which Meccano had somehow failed to notice first. It was not until 1959 that Hornby introduced two-rail track and molded plastic rolling stock, whichd idn’t get as much attention as rival products and was largely afailure because its system was complicated and difficult to use incomparison to its rivals.

By 1964, the company had incurred heavy losses and it was eventually bought and merged with Triang Railways, their rivals. Also, the less costly plastic wasfavored over Hornby’s and their line was discontinued.

In1972, the union was disbanded and sold to Dunbee-Combex-Marx,after a bankruptcy case was opened. The new company was named,“Hornby Railways”. Even then, the company still faced fiercerivalry from companies like Palitoy and Airfix,but this time, they dealt with the situation more effectively by upgrading their plastic products. 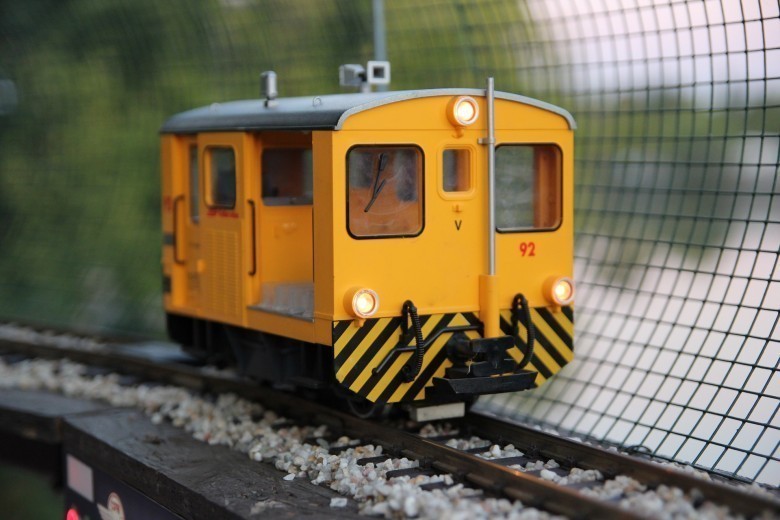 Alive steam powered 3½" gaugelocomotive, model of the Stephenson’s Rocket, was released as part of the 1980 Rocket 150 year celebrations. Fuelled by butane gas, gearing was adeptly hidden between the cranks and wheels and the track was made of asymmetric molded plastic units, representing the fish-belly rails of the period.

In 1980, Dunbee-Combex-Marx was liquidated and Hornby was placed in receivership. The company was renamed, “Hornby Hobbies”.  Over the course of 35 years, the companyunderwent several developments including expanding into China andreleasing two largely successful products, “Thomas the Tank Engine and Friends range and the Hogwarts Express”.

Trainset in a basement

From 2015,  Hornby plc started having financial issues, and cited the “decline in the number of (now aged, and hence older) collecting customers, and a lack of interest inmodelling as a hobby in light of the digitization and advancement of the internet games industry” as reasons.

The situation could not be put under control and in 2016, a report claimed that Hornby had lost nearly three-quarters of its value in just 48 hours.

Continued losses triggered a mandatory takeover offer under stock exchange rules by PAM, at the NPI strike price of 32.375p, valuing Hornby at £27.4million. As a result of the takeover, the chairman of Hornby resigned from the company in August 2017, followed by the Chief Executive in September 2017.In October, PAM announced their new management team, Lyndon Davies, Simon Kohler and Tim Mulhall.

However, stabilizing the company did not prove so easy. The end of year Annual Report for March 2018 revealed how serious the position was for the company, showing further slumps in revenue (down to £35.7m) and a widening pre-tax loss (up to £7.6m).

If care is not taken, a company that influenced the toy business for somany years might go out of business.