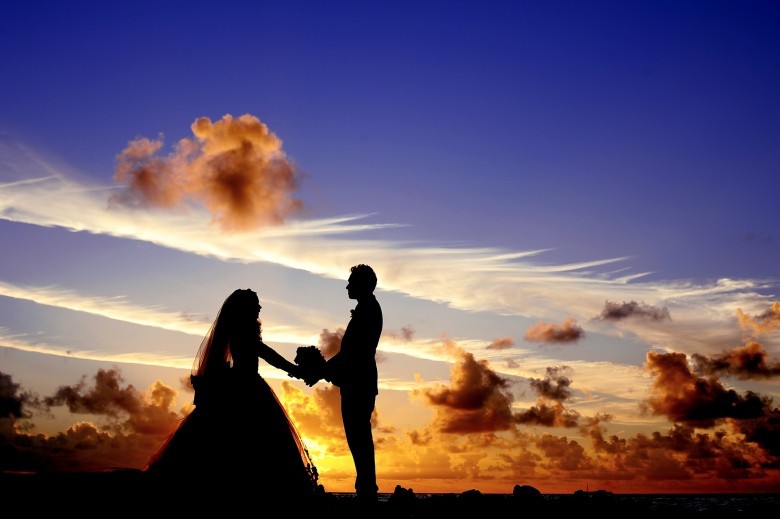 There's no end to the long list of possible marriage proposals. Seriously. We won't even try to list them all -- someone will add another by the time we get to the end. What we will do, however, is give you a few tips on finding the best marriage proposal that's right for you.

1. Money
Some say it's the root of all evil. But as for us? We're neutral. Yes, you can purchase a good proposal, but you can also throw one together using common household items (i.e., MacGyver Style). So how much should you splurge? That depends on what you hope to accomplish.

The first trick of the money's-no-object crowd is the big budget production -- a proposal taken straight from a Hollywood movie. We're thinking Yankee Stadium's scoreboard here. This type of proposal will certainly give your girlfriend something to remember. However, it's heavy on drama, and that's not for everyone. There are other, more intimate ways of going all-out. Think elegant. Ritzy. Take your girlfriend to the finest of fine restaurants. Order lobster. Drink bubbly. Hire a limo. Buy a bouquet so big she needs a second limo just to bring it home. The sky -- or your paycheck -- is the limit.

It's important to note, though, that you can't just throw money in the air and hope it takes the shape of a memorable proposal. Besides, there's no need to clear out your bank account -- especially if you're about to spend your life savings on a ring. So if you're tight on money, don't sweat. Prioritize. Focus on the other ingredients. Maybe do the fancy dinner without the limo. Or here's an idea: Forget the fancy dinner. Cook her something at home. Women love that! (Just make sure you clean the house first.)

2. Atmosphere
Realtors say location is everything. We wouldn't go that far, but it sure is important. After all, every great love story starts with a setting. So where do you think she'd like to be when she gets engaged? What kind of place would set the right mood?

Romantic proposals and fancy dinners seem to go hand-in-hand, so lots of guys propose in restaurants. Equally romantic -- yet potentially less expensive -- locations might include the park, the ocean, or a lake. Once again, though, it's a matter of taste. If you want the atmosphere to reflect something personal, how about taking her to the place you went on your first date? It could be a pizzeria, a theme park, a skating rink -- whatever. It's hard to get more personal than that.

But no matter the setting, just remember you may need to get there while keeping your plans hush-hush. So if you want to propose in a warm, cozy ski lodge -- great. But if neither of you ski? You'll have to convince her that now is the time to learn. So if keeping a secret is crucial to your proposal, don't put yourself in a situation where you just know she will figure it out.

3. Romance
We probably don't have to tell you how important romance is. But just in case we do: It's incredibly important! The night you propose ought to be one of the most romantic nights of your girlfriend's life. After all, this is the night she's been waiting for. Make her feel like a princess. Sweep her off her feet!

Of course, like other ingredients, romance is a matter of personal taste. For some, romance is fine wine, roses, and a violinist playing tableside. For others, it's simply the element of surprise. One girl's diamond is another's lump of coal. (Okay, that's a bad metaphor on a site about wedding proposals. But you get where we're going with this.) When in doubt, it's probably best to lean towards tradition. It's hard to go wrong with fine wine and roses -- that's why they're synonymous with romance and love.

Our advice is to put a premium on intimacy. Be willing to act suave, even if it's something you're not used to. Do your best to filter out real-world distractions. And above all else, make it feel like you're the only two people on earth. After all, that's the basic premise of marriage, isn't it?

4. Surprise
Some couples shop for rings together. But for lots of guys, the element of surprise is the best part about popping the question. Keeping a secret is a tall order, though. So if that's what you want to do here, listen up: DON'T DROP HINTS. We can't make this any more clear. If you know a girl well enough to marry her, she can probably read your face like the latest Danielle Steele novel. Whatever you do, DON'T DROP HINTS.

Also, don't let too many people in on the secret. Loose lips sink ships (well, loose lips or icebergs), so maintain a very small Circle of Trust. One person you'll definitely want to tell is her father. In fact, if he's part of her life, you'll want to ask his permission. However, be selective with the info you give him, and try to hold off on asking until your proposal's a day or two away. The typical dad keeps a good secret -- but why take chances? As for her mother, unless you have a specific reason to let her in on the secret (say, mom's the only parent and you want to ask her permission), it's best to zip your lips. This way, mother and daughter can share in this surprising and joyous occasion together. Trust us: It's a Kodak moment!

Lastly, find yourself a "mole." By that, we mean someone close to your girlfriend -- a sister or best bud -- to serve as your personal assistant. This person will have to do the dirty work, like getting your girlfriend's ring size or coordinating important time-and-place stuff. So whoever it is, make sure it's someone who thinks your girlfriend deserves a magical moment nearly as much as you do.

5. A little dash of me
Like snowflakes, no two proposals are exactly alike. Every guy -- even one who isn't interested in an award-winning, jaw-dropping, front-cover-of-a-magazine proposal -- wants a proposal that says "me." So what about "you"? What can you do to personalize yours?

Well, what are you into? Music? Incorporate your talents, then. Maybe you can propose in song? We've all seen movies where guys pay pilots to write their proposals in the sky. It sounds clich?, but what if you are a pilot? That would make for a personalized twist.

For more tips and ideas about Romantic Marriage Proposals visit our site: www.best-marriage-proposals.com