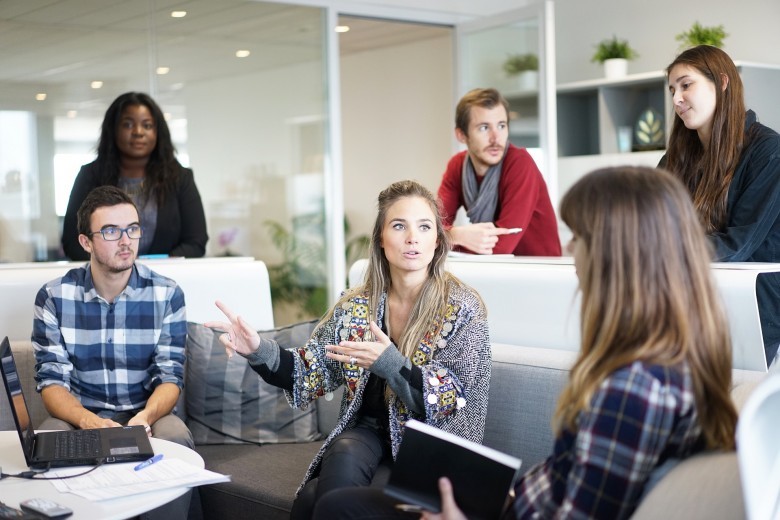 Unfortunately, effective leadership is sadly lacking in all levels of society.

A miserable, but typical, lack of leadership jumped out at me at a recent High School junior varsity football game.

And as usual, this lack of leadership involved the Number One Sin of "pretend leaders" - lack of communication.

This story involved a freshman blocking back in his third JV game.

Through most of the first half, he performed his job by effectively blocking for the running backs. One of those blocks actually led to his team's only touchdown.

Near the end of the first half, as can be predicted, the "coach" called a play where the blocking back would carry the ball.

On the play, he was stripped of the ball as he was being tackled. The opposing player who stripped the ball ran 30 yards, untouched, for a touchdown. This touchdown put them ahead by 16 points.

Remember I mentioned the running back's team only scored one touchdown on his block.

Can you imagine the embarrassment of having an opposing player take the ball away from you and return it for a touchdown!

What would you do as that running back's coach?

You would do what most "pretend leaders" do.

What was more shocking about this total lack of leadership was that both coaches - the head coach and assistant coach, let this totally embarrassed player walk off the field without saying one word to him.

This was a teachable moment. A real coach would have called the player over to console, encourage, and instruct him.

A real coach would have reminded the player that even Pro Bowl players fumble the ball once in a while.

What's really interesting in this sad tale of miserable leadership is that the blocking back, the night before, had run the ball once in the varsity game and gained eight yards.

I am not being fair to this "coach."

He did communicate with player.

He did not play him at running back the rest of the game. And, he limited his play on defense to two plays on special teams.

He very effectively communicated his displeasure to the player.

A real coach would have put the player back in the game immediately and call a play allowing the running back to carry the ball again. I guarantee he would not fumble the ball this time.

Even if you know nothing about football, you know and understand the traits of a leader.

These traits include communication, vision, and risk-taking.

We suffer from a miserable lack of leadership here in the USA.

Let's extend this story about this football player out 20 years. He is now 34 years old and has received a promotion to manage a department or division.

When he gets into a situation where an employee makes a mistake, what management approach do you think he will take?

Will he take the employee aside to explain, expand by example, and encourage.

Or will he embarrass the employee in front of his co-workers.

The basic problem with our lack of leadership in America is that we lack role models.

Look at the corporate world.

Look at our political "leaders."

Look at some of the doings of religious leaders.

We see models of greed, awful decision making, lying to the public, immorality, and total lack of regard for the jobs they were elected to perform.

Where does all this start? Â

What are you doing if you are one of those influences listed above to help inspire, train, and encourage our future leaders?

Are you too wrapped up in your own world of daily pressures to think about how your behavior molds the character of the people around you?

Are you a youth "coach" trying to recapture your youth through the kids you're supposed to be coaching?

Did you forget that you made those same mistakes your kids are now making?

Has your desire for power and money blinded you to the needs of others?

Are your egotistical insecurities preventing you from thinking about how your employees might produce better if they experienced leadership rather than tyranny?

Al Borowski brings more than twenty years of sales and communication experience to his action-packed keynote speeches and workshops.

His background also includes four years as an English teacher. He is a published author and a professional musician.

To bring Al in to speak at your next convention, conference, or meeting, you can visit him at http://www.connectallthedots.com or http://www.proposalwritingsuccess.com