Restless Leg Syndrome: Shake Your Leg or Legs Relentlessly? Here's What it May be and What to Do 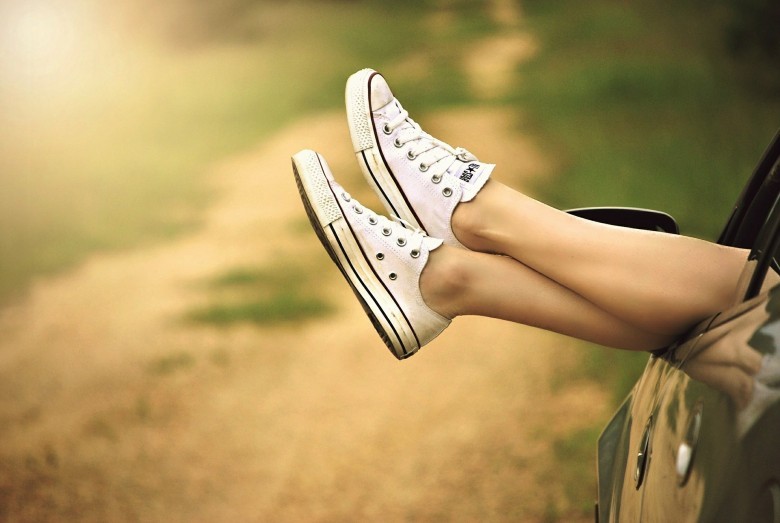 Ten percent of Americans suffer from Restless Leg Syndrome (RLS), an under-diagnosed neurological disorder that causes creepy-crawly, tingling, aching, burning sensations in the calves, thighs, feet and even arms. The only thing that seems to relieve these uncomfortable, yet sometimes indescribable, sensations is to shake the limb and move around.

RLS is different from simply wanting to shake your leg a lot while sitting. In order to be officially diagnosed, you must have all of the following, says the Restless Legs Syndrome Foundation:

From Mildly Annoying to Debilitating

RLS can begin at any age, though it typically starts in adolescence. Most do not seek treatment for the condition, however, until middle-age when related sleep disturbances become severe. RLS is also often misdiagnosed, sometimes as "growing pains."

While some who suffer from RLS may find it does not interfere significantly with their lives, others may find it unbearable.

"Restless legs syndrome for many people can be an annoyance and not something they are likely to seek treatment for -- but for others, it can be debilitating," says Raman Malhotra, M.D., clinical lecturer in neurology at the University of Michigan Medical School.

Along with the uncomfortable sensations described above, people with RLS may also suffer from:

According to the Mayo Clinic, more than four out of five people with Restless Leg Syndrome also suffer from a related condition known as periodic limb movements of sleep (PLMS) (formerly called myoclonus).

People with PLMS involuntarily flex, extend and kick their legs while sleeping. Hundreds of these movements may occur during one night, which is why partners of those with RLS often have trouble sleeping as well.

The exact cause of primary RLS -- the most common type -- is unknown, but researchers suspect it may be related to an imbalance of the brain chemical dopamine, which sends out messages to control muscle movement.

RLS can run in families and occurs more often in women than men, says Malhotra. Stress may exacerbate symptoms.

There is also Secondary RLS, which is usually caused by another disease or condition including:

"Many women who become pregnant suffer from Secondary RLS during their pregnancy and there are other diseases that make people predisposed to it," Malhotra says. "People in an iron-deficient state, such as those who are anemic, often suffer from RLS. Also, people with peripheral neuropathy -- a disorder of the nervous system often described as tingling or numbness in the hands and/or feet due to nerve damage -- and, people with kidney disease, are more likely to have RLS."

While drugs including dopaminergic agents, sedatives, anticonvulsants and pain relievers may be prescribed for serious RLS cases, there are many natural treatments that can be tried out first.

"Luckily, we have many treatments available," says Malhotra. "We usually start out with non-medical treatments by looking at what medications a patient is taking. We look for over-the-counter medications or anti-depressants that have been known to cause RLS symptoms and try to eliminate them. We also look to see if a patient smokes tobacco or drinks alcohol, which can worsen their symptoms."

The following simple methods, from the Mayo Clinic and Malhotra, can help to reduce RLS symptoms: