All the Health Risks of Processed Foods -- In Just a Few Quick, Convenient Bites 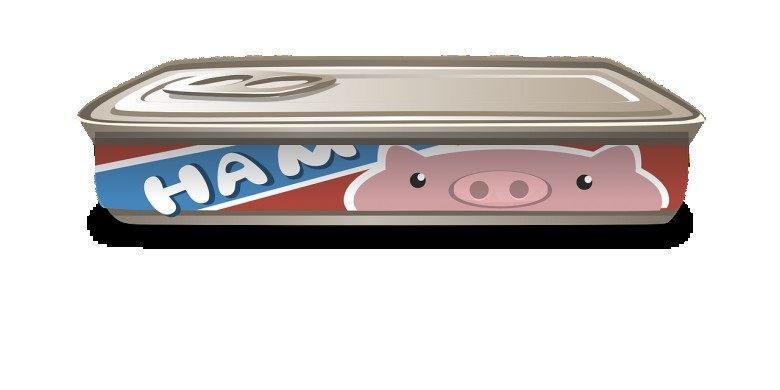 Every day, 7 percent of the U.S. population visits a McDonald's, and 20-25 percent eat fast food of some kind, says Steven Gortmaker, professor of society, human development, and health at the Harvard School of Public Health. As for children, 30 percent between the ages of 4 and 19 eat fast food on any given day.

But that's just the tip of the iceberg. Americans get processed food not only from fast-food restaurants but also from their neighborhood grocery stores. As it stands, about 90 percent of the money that Americans spend on food is used to buy--that's right--processed foods.

Think about it ... if it comes in a box, can, bag or carton, it's processed. The fact that these foods are so readily available, and, often, of such poor quality, has led some, like associate professor of pediatrics at Harvard David Ludwig, to say that they're actually discouraging healthy eating and leading to a "toxic environment."

"There's the incessant advertising and marketing of the poorest quality foods imaginable. To address this epidemic, you'd want to make healthful foods widely available, inexpensive, and convenient, and unhealthful foods relatively less so. Instead, we've done the opposite," says Ludwig.

Processed foods have, indeed, been implicated in a host of chronic diseases and health conditions that are currently plaguing the nation. What follows is just a taste of the risks processed foods may present to your health.

The World Health Organization (WHO) says processed foods are to blame for the sharp rise in obesity (and chronic disease) seen around the world.

In one study by Ludwig and colleagues, children who ate processed fast foods in a restaurant ate 126 more calories than on days they did not. Over the course of a year, this could translate into 13 pounds of weight gain just from fast food.

"The food industry would love to explain obesity as a problem of personal responsibility, since it takes the onus off them for marketing fast food, soft drinks, and other high-calorie, low-quality products," Ludwig says.

However, "When you have calories that are incredibly cheap, in a culture where 'bigger is better,' that's a dangerous combination," says Walter Willett, M.D., D.P.H., professor of epidemiology and nutrition at the Harvard School of Public Health.

"In the last 50 years, the extent of processing has increased so much that prepared breakfast cereals--even without added sugar--act exactly like sugar itself ...

As far as our hormones and metabolism are concerned, there's no difference between a bowl of unsweetened corn flakes and a bowl of table sugar. Starch is 100-percent glucose [table sugar is half glucose, half fructose] and our bodies can digest it into sugar instantly," says Ludwig.

"We are not adapted to handle fast-acting carbohydrates. Glucose is the gold standard of energy metabolism. The brain is exquisitely dependent on having a continuous supply of glucose: too low a glucose level poses an immediate threat to survival. [But] too high a level causes damage to tissues, as with diabetes," he continued.

Many processed foods contain trans fatty acids (TFA), a dangerous type of fat. According to the American Heart Association, "TFAs tend to raise LDL ("bad") cholesterol and lower HDL ("good") cholesterol ... These changes may increase the risk of heart disease."

Further, most processed foods are extremely high in salt, another blow to the heart. One-half cup of Campbell's Chicken Noodle Soup, for instance, has 37 percent of the daily-recommended amount of sodium.

"Probably the single fastest way to reduce strokes in this country is to halve the amount of salt that's added to processed food," says Tim Lang, professor of food policy at the City University, London.

A seven-year study of close to 200,000 people by the University of Hawaii found that people who ate the most processed meats (hot dogs, sausage) had a 67 percent higher risk of pancreatic cancer than those who ate little or no meat products.

A Canadian study of over 400 men aged 50 to 80 found similar results. Men whose eating habits fell into the "processed" pattern (processed meats, red meat, organ meats, refined grains, vegetable oils and soft drinks) had a significantly higher risk of prostate cancer than men in the other groups. Men who ate the most processed foods had a 2.5-fold increased prostate cancer risk.

Yet another study published in the journal Cancer Epidemiology, Mile Markers, and Prevention found that refined carbohydrates like white flour, sugar and high fructose corn syrup is also linked to cancer. The study of more than 1,800 women in Mexico found that those who got 57 percent or more of their total energy intake from refined carbohydrates had a 220 percent higher risk of breast cancer than women who ate more balanced diets.

Acrylamide, a carcinogenic substance that forms when foods are heated at high temperatures, such as during baking or frying, is also a concern. Processed foods like French fries and potato chips have shown elevated levels of the substance, according to the Center for Science in the Public Interest (CSPI).

The Food and Drug Administration (FDA) maintains a list of over 3,000 chemicals that are added to the processed food supply. These compounds do various things to food: add color, stabilize, texturize, preserve, sweeten, thicken, add flavor, soften, emulsify and more.

Some of these additives have never been tested for safety--and require no government approval--but instead belong to the FDA's "Generally Recognized as Safe" (GRAS) list. An item is "safe," as defined by Congress, if there is "reasonable certainty that no harm will result from use of an additive."

Some compounds that are known to be toxic to humans or animals are also allowed, though at the level of 1/100th of the amount that is considered harmful.

Potential side effects from the additives vary, and are controversial. For just one common food additive, monosodium glutamate (MSG), for example, the following symptoms have been reported:

As is the case with most food additives, some people have no side effects, but others may become ill.