Back Ache Early Pregnancy Symptom: Why Does It Occur, How To Get Rid Of It 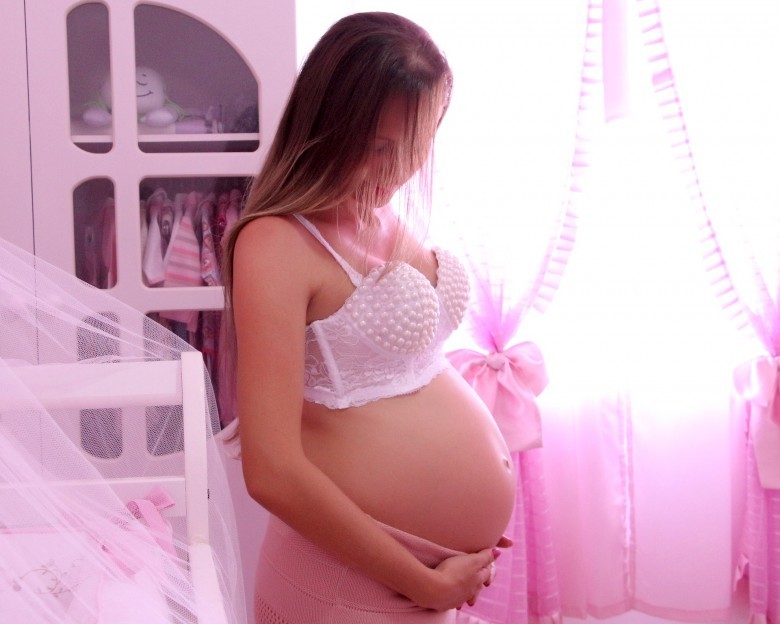 One of the most common symptoms of pregnancy is a backache.  Of course, it's easy to understand an aching back when a woman is 8 months pregnant and has gained a lot of weight, but most people are surprised to find out that even in very early pregnancy, backaches are common.  In fact, for a number of women, an ache in their lower back is the first early pregnancy symptom they experience.

In the early weeks of pregnancy, your body is going through many changes even though these changes often don't show on the outside.  Hormone balances make very rapid changes when you're expecting causing quite a bit of physical and mental stress on the body.  Many women find they tire more easily, emotions seem to be on a roller-coaster, their stomachs seem to be in rebellion and their temperature can even fluctuate.

Causes of Backache While Pregnant

There are many things that can lead to an aching back while a woman is pregnant and this will usually worsen as time goes on.  Weight gain is, of course, a major factor.  As the baby grows, the weight is added mostly to the front of a woman's torso.  This puts pressure on the back as the center of gravity changes.  That pressure pulls the spine in a different way than ever before and it can put strain on the spinal cord and all the surrounding muscles.

Even in the very early stages of pregnancy, before any real weight is gained, the internal changes as the uterus enlarges can pull on the lower back muscles.  While the fetus is still extremely tiny at this point, the uterus is getting bigger as it retains the tissues normally expelled every month when not pregnant.  Typically the size of a woman's closed fist, the uterus grows quite rapidly in the beginning of pregnancy and even while not showing externally, pressure on the rest of the internal organs and musculature increases.

As the pregnancy progresses, weight is gained and the abdomen expands, putting even more pressure on the muscles, ligaments and tendons in the lower back.  Depending on how a woman is carrying, this can really wreak havoc.  Whether the woman is carrying high, low, in the back or in the front, there will be stress on the back.

In some pregnancies, the baby seems to be way out in front.  This will cause major postural changes as the woman needs to compensate for the shift in her center of gravity.  Usually women who carry this way will need to arch their back somewhat, with their shoulders pushed back a bit, in order to compensate and keep balanced.

With other pregnancies, the baby is growing more internally.  While the belly doesn't stick out as far so the center of gravity isn't as big an issue, this type of carrying can put even more pressure directly on the lower back.  This is particularly true as the baby begins to stretch out and kick.

As time goes on, additional factors that lead to backache start appearing.  Many women find they cannot sleep in the same position they're used to which makes it harder to get a good night's rest.  During the first and last trimesters, there is also the increased need to urinate so many pregnant women find themselves getting up multiple times during the night to go to the bathroom.  The lack of sleep can definitely contribute to backaches and other symptoms.

During the last trimester, the body starts preparing itself for labor and delivery.  The pelvic bones are expanding and the muscles and other tissues begin to loosen up to a degree.  This increases pressure on the lower back, naturally.  The last few months of a pregnancy is also the time when most women start to experience practice contractions called Braxton-Hicks contractions.  While not at the level the contractions will be during labor, these Braxton-Hicks contractions do pull on all the muscles and can contribute greatly to lower back pain.

One of the best things to help ease back pain is to prevent it as much as possible.  Regular low-impact exercise is the key as it will strengthen the back muscles, preventing much of the pain from ever occurring later in pregnancy.  Of course, if a woman hasn't been exercising prior to pregnancy, she should clear any new exercise program with her doctor prior to starting.  The lowest impact exercise during pregnancy is swimming, but walking and other forms of exercise are also excellent.

In the meantime, there are a number of safe ways to help alleviate backache while pregnant.  A nice soak in a warm tub can do wonders for lower back pain as the heat loosens tight muscles which are what causes much of the ache.  Alternating between hot and cold packs when the pain is more severe can be very helpful.

Many women find a rice sock beneficial.  Simply take an odd tube sock and fill it with a couple cups of raw white rice, then tie a knot in the sock to hold the rice in.  Place the rice sock in the microwave for 40-60 seconds, depending on how hot you want it.  What's great about a rice sock is that it will conform to whatever shape needed so it can be placed behind the lower back while sitting on the couch or draped across while lying down.

There are special pillows that are made just for pregnancy and this might be helpful for getting a better night's rest.  Called 'snoozer' pillows, they're specially made so that a side sleeper can rest their head on one end and place the other between the knees, supporting the expanding belly along the way.  One can also use two or three standard pillows, if a snoozer pillow isn't an option.

Wearing comfortable, low-heeled, supportive footwear during pregnancy is helpful.  This is safer during this time of shifting centers of gravity and balance issues, plus it reduces pressure on the lower back and hips.  Maintaining good posture habits as much as possible such as sitting up straight and using chairs that support the back are also useful towards preventing and relieving backache during pregnancy.