What to See and Do in Sydney Australia 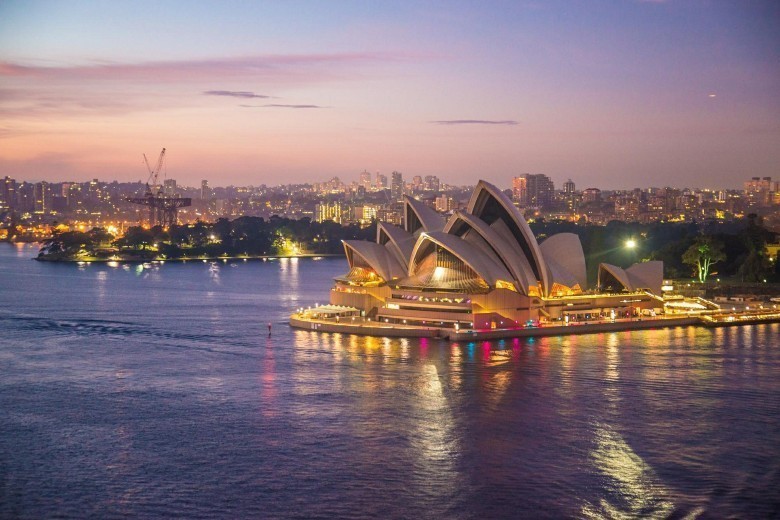 With a population of approximately 4.5 million, Sydney is Australia’s most populated city as well as the largest, covering about 4,689 square miles. In 2008, it’s estimated that 2.7 million international visitors came to the city. Ranked as one of the world’s top ten most livable cities, Sydney has a lot to offer with a good number of national parks, museums, beaches, and other attractions. Generally, the hottest month is January and the coldest month is July. Most Australians can speak English and the currency used is the Australiandollar. Here are some of the best things to do and see in Sydney.

Sydney Opera House
The Sydney Opera House is one of the most well-known buildings in the world. It’s the masterpiece of Danish architect Jørn Utzon, a recipient of the Prtizker Prize in 2003. Declared a UNESCO World Heritage Site in 2007, there’s no other building in Australia that symbolizes the country and continent quite as beautifully as the Sydney Opera House. Started in 1959, the Opera House was completed in 1973, at a cost of $102 million. It’s estimated that over 7 million people visit the iconic art complex each year, making it one of the most popular attractions in the country. The performance venues found in the Opera House are the Concert Hall, the Drama Theatre, the Opera Theatre, the Studio, the Playhouse, the Forecourt, the Utzon Room, and other areas. If you want to attend a performance at the Opera House, you will be pleased to know that there are some 1,500 performances in each calendar year so there’s surely an opera, ballet, play, musical, or concert which catches your fancy. Bondi Beach
What’s a trip to Sydney without a trip to the beach? One of the most popular beaches around Sydney is Bondi Beach, which is just about 4 miles from the Central Business District. The Aboriginal word “Bondi” means “water breaking over rocks” so you can guess the strength of the waves at the beach. Measuring about 0.6 miles in length, Bondi Beach actually has something for most types of beach lovers. For surfboard riders, the south end is the place to be. The southern side of Bondi Beach has a hazardous rating of 7 out of 10 because of the “Backpackers’ Express”. For a more safe swimming area, the northern end is recommended. During the migration months, you have the opportunity to see whales, dolphins, and even fairy penguins! Some of the events held at Bondi Beach are City to Surf Fun Run, Flickerfest, Sculpture by the Sea, and World Environment Day.

Royal Botanic Gardens
Located east of the Central Business District, the Royal Botanic Gardens offer a great chance for visitors to relax and enjoy the beauty of nature. Occupying about 30 hectares in total area, the Royal Botanic Gardens have about 45,000 plants and more than 1 million preserved plant specimens in the National Herbarium of NSW. Some of the feature gardens are the Begonia Gardens, Herb Garden, Government House Grounds, Rainforest Walk, Rare and Threatened Plants Garden, Palace Rose Garden, and Sydney Tropical Centre. The Royal Botanic Gardens are also home to some spectacular wildlife like Grey-headed Flying-foxes, Buff-banded Rail, Powerful Owl, Brush-tailed and Ringtail possums, Pearl White Butterflies, snakes, spiders, lizards, frogs, and many other species. Go on a guided tour to learn more about the horticulture and plants in the gardens.

Sydney Aquarium
Opened in 1988, the Sydney Aquarium ranks as one of the world’s largest aquariums. With more than 12,000 marine animals from 650 species, there’s no shortage of things to see at the aquarium. Have you ever seen a dugong? You will see these wonderful creatures as well as sharks, jellyfish, penguins, stingrays, platypuses, turtles, seadragons, tropical fish, and almost any marine animal you can imagine. It’s great to see all these creatures in fabulous exhibits like the Great Barrier Reef, Northern Oceans, Sydney & Surrounds, Mermaid Lagoon, Claws, Southern Oceans, Northern Rivers, and Southern Rivers. The Sydney Aquarium is definitely an excellent place to bring your family.

Darling Harbor
Darling Harbor in Sydney is one of the must-visit places for tourists. Other than the Sydney Aquarium, you will find numerous options for shopping and entertainment. At the Harbourside Shopping Centre, there’s the first retail Jet flight simulator in Australia, M9 Laser Skirmish, and Kingpin Bowling Alley. If you want to go to a museum, you can visit the Australian National Maritime Museum or the Powerhouse Museum. Darling Harbor is also home of the LG IMAX theatre which is where you will find the largest cinema screen in the world. Other places of interest at Darling Harbor are Paddy’s Markets, Star City Casino, Aboriginal Centre, Sydney Wildlife World, Tumbalong Park, and Sydney’s Chinese Gardens.

Sydney is a true cosmopolitan city with a great variety of attractions for all kinds of tourists. Some other attractions include Luna Park Sydney, Sydney Mint, Sydney Chinatown, Taronga Zoo, Sydney Tower, Randwick Racecourse, Port Jackson, Fox Studios Australia, Museum of Sydney, Art Gallery of NSW, Australian Museum, and Blue Mountains. There are simply too many attractions to visit on one trip. It’s best to plan your trip properly to enjoy all that Sydney has to offer.