The Top 5 Things Couples Argue About 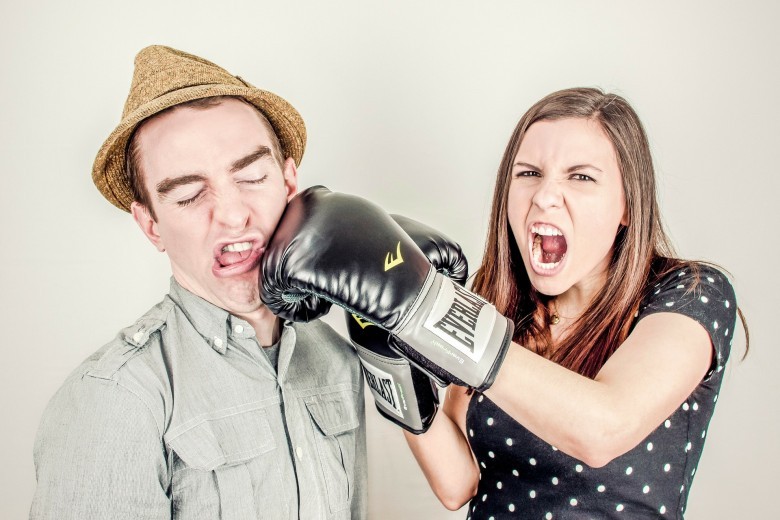 All couples argue from time to time, and, in a general sense, turns out we're all arguing about the same things.

According to relationship psychotherapist Paula Hall, the top five things that couples argue about are (and roughly in this order):

A study commissioned by Smart Money magazine and Redbook found that more than 70 percent of couples talked to their partner about money at least once a week. With all of this communication, where are we going wrong?

"When a couple has any problem, it's because of a power imbalance," says Donna Laikind, a marriage and family therapist who counsels couples on money issues. "Money is not seen as the commodity that it should be. It's fraught with layers and layers of meaning."

The respondents in the study said they fought most often about debt, spousal spending and then their own purchases. They worried about saving for retirement, taking risks with investments and loaning money to the kids. It's common in many relationships for one partner to be a "spender" while the other is a "saver," which is where much of the conflict arises.

Although the study found most couples (64 percent) merge all of their money into joint accounts when they get married, this isn't always the best option for everyone. "Married couples should try different ways of handling the money to see what works for them," says Ginita Wall, CFP and co-founder of the Women's Institute for Financial Education.

"Sex can be a wonderful cementer or a terrible wedge [for relationships]," says Dr. Linda Banner, Ph.D., a licensed sex therapist and a researcher associated with Stanford University Medical School.

While the average adult has sex 61 times a year, according to University of Chicago's National Opinion Research Center, emotional and physical problems can drive that number significantly down. (Studies have also found that couples in happier marriages have sex more often.)

According to Hall, "Arguing about how often to have sex is nearly always about feeling loved and cared for and deeper needs for connection and affection."

"A good sex life is an important part of an individual's overall health," says Mark Schoen, Ph.D., director of sex education for the Sinclair Intimacy Institute. "People who have a good sex life feel better [mentally and physically]."

However, with many people leading hectic lives, sex often gets put on the backburner. "The worst thing that can happen to a relationship is that a sex life becomes routine and boredom sets in," Schoen says.

As long as physical problems are not at play, a sex therapist can help couples to regain a sense of intimacy. "Much of the fix is grounded in communication and reprioritizing one's life to make time for love and sex," says Jan Sinatra, a psychotherapist and co-author of "Heart Sense for Women."

Deciding how much time to devote to a career, family and a spouse is a major issue among some couples, as devoting time to each is a significant task. Combine this with deciding who will take care of the family and household and work can become a major battlefront for couples.

Issues about career often come down to differences in expectations. While one partner may envision spending weekends together, the other may want to spend Saturday putting in extra hours at the office. Or, if both partners work, dividing roles at home is a must so one partner doesn't feel he or she is taking on an unfair amount of responsibility.

"Most rows start because of differences of opinion, but with patience and basic communication skills you should be able to negotiate a compromise," said Hall.

Bringing children into the mix brings up a whole new host of potential problems, from how to discipline the children to arguing in front of the kids to saving for college educations. You may also argue about whether or not to have children at all and/or fertility issues that may arise.

The biggest areas of disagreement for couples who have children include money, finding enough time for each other and other responsibilities, sex, and dealing with the in-laws (and their advice on how to raise your family).

When it comes to raising a family together, the most important thing you can do to preserve your relationship, says Hall, is talk.

"Talk, talk, talk and more talk. It can be difficult to keep lines of communication open when you're both busy and exhausted, but it's the most important thing you can do to prevent minor issues becoming major problems," says Hall.

For more tips on raising a family together, try reading "The Seven Habits of Highly Effective Families" by Stephen R. Covey.

Though it sounds trivial, household chores are a major source of conflict for couples, not because of the actual tasks but because of their underlying meaning.

"Rows about housework are often about unfilled needs for respect and worth," Hall points out.

Indeed, if one partner feels they are putting in more effort around the house, it brings up notions that the other person does not respect the other enough to help out. It also brings up issues of power, especially if the person making more money feels they shouldn't have to pitch in around the home.

"Love and respect are essential ingredients in a relationship and sometimes housework becomes the battleground where you fight for these needs. Housework can become a distraction from the main issue," says Hall.

Further adding to the potential conflict is that everyone has different opinions about what a "clean" home should be. If one partner is a "neat freak" and the other is more laid back, it can lead to a constant struggle. Hall recommends the following tips for avoiding housework-related arguments:

Is Fighting Always a Bad Thing?

Some experts believe that arguing -- far from being a bad thing -- is actually one of the healthiest things a couple can do. In fact, research from the Center for Marital and Family Studies at the University of Denver found that couples who argue are more likely to be satisfied with their marriages than couples who withdraw from conflict.

Taking the time to think about your conflicts and their deeper meanings is key. "Conflict," explains James Sniechowski, Ph.D., a couples' counselor, "is generally understood to be either win or lose. And in that context, it's unattractive and dangerous. But conflict is in fact a signal from the relationship saying, 'Something has to change. Pay attention here.' And once you understand this, conflict can become the doorway to more intimacy in all areas: emotional, sexual, spiritual, and intellectual."